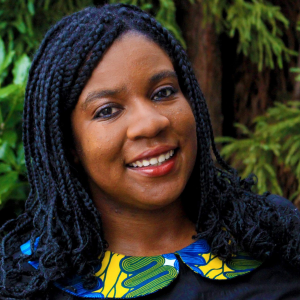 This month, NLA’s Omar Medina sat down with Quressa’s client Roseanne A. Brown, whose debut novel, A Song of Wraiths and Ruin, became an instant New York Times bestseller when it was published June 2 by Balzer + Bray.

Tell us about ASOWAR!
A Song of Wraiths and Ruin is a dual-POV YA fantasy set in a world inspired by West African folklore and following two protagonists: a refugee named Malik and a princess named Karina. When Malik’s younger sister is kidnapped by a vengeful spirit, he makes a deal to win her freedom in exchange for killing Princess Karina. To complete his task, he enters a competition for Karina’s hand in marriage in order to assassinate her. However, he is not aware that Karina is planning to sacrifice the winner of the competition in order to bring her dead mother back to life. Thus we follow the two of them as they try to outmaneuver the other without realizing it, and the way their plans are derailed when they actually meet and realize they might be falling in love.

Can you give us any little hints about what’s coming in book 2?
In book 2, we will be exploring more of the continent of Sonande past the city-state of Ziran, where the entirety of book 1 takes place. We’ll also be diving more into Karina and Malik’s pasts, plus deepening the rules of magic and of course the romance.

What inspired you to write this book?
I first got the idea for this book in college in 2016 when I realized I had never read a fantasy novel where a character’s mental illness was not used as a metaphor or villainized in some way. As someone who has dealt with anxiety for most of my life, I wanted to see a Black character who reflected this struggle but still got to be the hero of their story. I’ve also always loved fantasy, so I knew I wanted to draw from the rich oral storytelling and folklore styles we have in West Africa.

On the topic of writing, are you a plotter or pantser?
I’m what some call a road tripper, which is where I have a solid idea of where I’m trying to go and know exactly what is in front of me at the moment, but I’m not sure where I’m going to stop along the way. Is it a very stressful way to draft? Oh, 100%. But it hasn’t failed me yet!

How did you come up with the magic system in ASOWAR?
The magic system in ASOWAR was inspired by the day-name system of the Akan people of Ghana, my mother’s people. Among the Akan, we have a tradition where one of the names an infant is given is decided by the day of the week on which they’re born. These day names hold great importance and, it’s believed, even have an effect on a person’s life, similar to the Western Zodiac. Using this tradition as a base, I created the magic system in ASOWAR where the day of the week a person is born decides what kind of magic they can do. Check out the full breakdown and learn what your magic and horoscope in the ASOWAR world would be.

What was your journey like to getting represented by an awesome agent?
I signed with Quressa back in November 2017 on the wake of a mentorship program known as Pitch Wars. I had revised my manuscript for two months with the help of a mentor, and honestly the whole process was such a rush that I try to remind people my experience was an exception, not the norm. Quressa was the first agent to offer representation during the agent showcase portion of Pitch Wars, and from the start I was blown away by her deep understanding of my book and her vision for not just this project but for my career. I have not regretted the decision even once, and I am so excited to tell the world all the amazing things we have lined up, some related to ASOWAR, some not. 😉

ASOWAR deals with the topic of mental health. What advice do you wish to give readers who might be struggling with their own mental health?
I’d suggest that anyone struggling with mental health not wait until it has negatively impacted every aspect of your life to seek help. I know for me, the stigma within my community against seeing mental health professionals is why I waited so long to seek help. That fear of seeming “crazy” or “damaged” is very valid, but I know now that risk was worth actually getting the resources and support I needed to be able to live better and more fully.

Your book was published right at the resurfacing of the Black Lives Matter Movement. How do you think that might affect how readers read ASOWAR?
I definitely think that the added focus on Black creators during the week ASOWAR came out helped with the wonderful response it’s gotten. However, what I’m hoping is that this support does not dry up now that Black Lives Matter is no longer trending on every site. Black creators deserve support even when there is not a national tragedy occurring.

What are you reading right now? Anything you’d recommend?
Right now I’m reading The Silvered Serpents by Roshani Chokshi and just in absolute awe of her character and worldbuilding. Another book I’ve started but haven’t finished yet is Where Dreams Descend by Janella Angeles, which is basically the Phantom of the Opera meets Moulin Rouge book of my dreams.

What’s in your TBR pile on your nightstand?
I’m really looking forward to Raybearer by Jordan Ifueko! Give me all the fantasy featuring Black girls, please. Some of my other most anticipated reads for this year are A Sky Beyond the Storm by Sabaa Tahir, Legendborn by Tracy Deonn, and These Violent Delights by Chloe Gong.

What do you do when you’re not writing?
I’m really into Pokemon Go these days. It’s the only activity that really gets me moving and not spending all of quarantine on my couch watching Netflix! 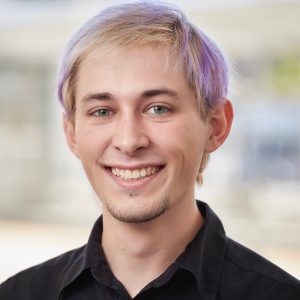 Query Tip: Avoid the Checkbox Grocery List In The Pitch

Note from Kristin: Jamie is one of NLA’s first reader on queries. He reads hundreds a week so this was worth sharing.

As a gay man, it’s always weird to read in query letter book pitches that a story “features LGBTQ+ characters” or “has diversity” like they are bonus content on the special edition BluRay, specs on a laptop with extra RAM, or items to check off a culturally aware grocery list.

I mean, cool! Keep the queer coming. Books need them. But you sound a bit… odd… if you phrase it like they are features. Just say someone is trans, or that he has a boyfriend. Or (and I know this is a hard one) don’t mention it at all if it’s not actually important to the core of the book.