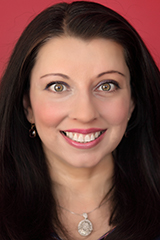 Ausma Zehanat Khan is the author of the award-winning debut novel The Unquiet Dead, the first in the Khattak/Getty mystery series. Her subsequent novels include the critically acclaimed The Language of Secrets and Among the Ruins. The Khattak/Getty mystery series has been optioned for television by Lionsgate, and Ausma is also the author of a forthcoming fantasy series for Harper Voyager. The Bloodprint, Book One of the Khorasan Archives will be published in October 2017. Ausma holds a Ph.D. in international human rights law with a specialization in military intervention and war crimes in the Balkans. A British-born Canadian and former adjunct law professor, she now lives in Colorado with her husband.