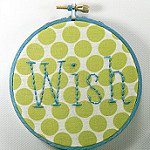 The Concern Is Perhaps Premature

STATUS: All my Texas blog readers, Kristin Callihan’s FIRELIGHT is going to be included in the romance round-up on Good Morning Texas tomorrow, Wed. May 2. Station WFAA-TV channel 8. It’s the ABC affiliate in Dallas/Fort Worth. How cool is that. I wish I could tune in.

When I was at the Pikes Peak Writers Conference last week, I had a writer rush up to me in a panic to ask a question. She was incredibly worried that she had not established her social media platform for her novel yet.

If her release date was in 4 weeks, then I would say she had cause to panic.

But given that she hadn’t actually finished writing her work-in-progress (let alone begin querying for her agent search), I found her concern a little premature.

I advised her that at this point in her professional career, she should focus on writing the best novel she possibly could. Plenty of time to get the social media cranking while it’s on submission. I personally don’t know any agent who would say no to an author for a project they love just because the publicity platform isn’t there yet.

I can build that with an author. I imagine most agents feel the same.

STATUS: I was wondering when the “too good to be true” weather would end and we’d get the smack down. It snowed today. Spring in Colorado.

What’s playing on the XM or iPod right now? WISHING YOU WERE HERE by Chicago

Honestly, I’m just not clever enough for Facebook. Or that’s how I feel most of the times. I’ve been on FB for several years just for family and friends. I like it well enough but post sporadically. However, I love reading everybody else’s posts.

But lately, I’ve been having little tidbits of things that I would love to share but the blog doesn’t feel like the right spot to do it. We’ve had an NLA page but I didn’t really pop on it it often enough. I decided it has to be unique to me to give it care an attention. So here we go.

See that’s the power of Facebook. It makes you delighted over such a small thing….

I’ve posted some action pics during the webinar. Can you believe an attendee grabbed some screenshots and sent them to me? So fun. I loved that she did that.

Why I Can’t Link In

STATUS: Happy Jig. Rules of Attraction on NYT for third week in a row.

What’s playing on the XM or iPod right now? DELICATE by Damien Rice

It goes in spats but invariably once a month, I get a lovely invitation from a writer to Link In or join as a Facebook friend.

If I accepted one invitation, I’d have to accept all invitations. That would only be fair, and I don’t really want to open that can of worms!

My rule is that I only say yes to close friends and family, my clients, editors, and/or other industry people I know personally. Keeping it simple.

All others, I will decline with a polite note but thanks for thinking of me.