Self Publishing? Excel Is Your Friend

I’ve discovered that in general, authors are not numbers people. They tend to have vague idea of sales and revenue earned. In fact, most authors probably don’t scrutinize their royalty statements like they should (with a few exceptions of course). And I get it. Authors are creative folks. Math uses the other side of the brain. But if you are digitally self-publishing, then you are your own publisher. And given that, you should be generating your own royalty statements in an excel spreadsheet. Here’s what you should track and why.

2) All editions — including audio/shorter works

3) Copies given away for free

4) All distribution venues where editions are available

If you later want to partner with an agent, that person will need a fully transparent and detailed record of all sales to represent you fully.

At DBW, fellow agent and panelist Steve Axelrod made a good point about how agents are using new metrics to sell an author to editors, to film, to foreign. We are using FB and twitter followers. Visibility on big e-Sites like Wired and Boing Boing. Actual digital sales clearly outlined.

Especially for film and foreign sales. If there isn’t a big publishing deal to start the buzz abroad and in Hollywood (which was the traditional path), well, presenting the facts can make a difference in convincing these two realms to pay attention to the title and license unexploited rights. Keep in mind that electronic book adoption and sales abroad are easily 3 years behind what is going on in the U.S. Foreign publishers must be convinced to license rights to a digital-only title.

But actual sales and documentation of that data speaks volumes – at least that’s what we are finding here at NLA.

So, are you tracking your sales? If not, get started. 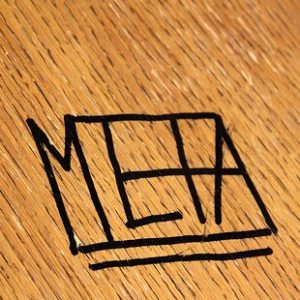 Where Kristin Discusses The Importance Of Metadata

As many of you already know, I was in The Big Apple last week speaking at Digital Book World. After Mike Shatzkin’s interview with me and Hugh Howey, I sat on a panel with my fellow agents Jane Dystel, Steve Axelrod, and Jay Mandel.

My question was this: “What should Publishers be learning from authors who are self-publishing?”

My answer was twofold: END_OF_DOCUMENT_TOKEN_TO_BE_REPLACED