Because The First Thing That Comes To Mind Is The Size Of The Advance – Not.

STATUS: With New York Publishing shut down, I’m working on a UK contract and catching up on email. I think it’s going to be this way for most of the week.

What’s playing on the XM or iPod right now?  HOPE I DON’T FALL IN LOVE WITH YOU by Tom Waits

Obviously the Random House – Penguin merger is all the news in the publishing world right now. It’s a big deal. But I read this article in Publishers Weekly and pretty much snorted my tea.

PW makes it sound like an agent’s biggest concern might be the reduction in advance amounts paid for books.

I’m concerned about MANY things that might come about because of the merger but smaller advances is not one of them. It’s not even on my top 10 list of things to be concerned about.

Publishing saw the consolidation of publishing houses into smaller and smaller numbers in the early 90s. That evolved into what had been known as the “Big 6” of the last decade.

It’s now down to the “Big 5” and quite honestly, I don’t see NewsCorp (which owns HarperCollins) settling for the status quo. Wouldn’t surprise me at all to see the “Big 5” become “4” with two more houses merging in the not-so-distant-future.

Of course this all has to pass anti-trust rulings, etc.

What does fewer publishing houses mean for authors?

That answer is pretty simple. Fewer choices. Less competition. More uniformity of royalty rates (like that hasn’t happened already because houses are already more interested in status quo among themselves rather than actual competition). Narrowed vision of what is the market and what should sell (and they already have tunnel vision as any number of digitally self-published successes have recently proven). More emphasis on commercial blockbusters and less building authors from the mid list.

Getting the picture? Smaller advances? Not a main issue on my radar.

Status: It’s pouring rain in New York too. Is there anywhere where it’s not raining?

What’s Playing on the XM or iPod right now? WHATAYA WANT FROM ME by Adam Lambert

Dashing off in the next hour to head to Javits Center. It’s going to be a crazy week but I’ll try and report from the floor. I’m armed with my camera.

And some great news to kick it off. Kirkus lists the Top 26 Galleys to grab at the Fair and guess who is on it? 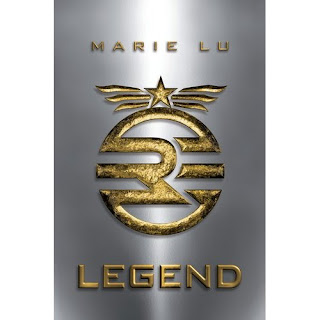 In a totally unscientific sampling, I gave an ARC of this title to my 17 year old niece who loved it. She cajoled my 14 year old reluctant reader nephew to read it. He spent an entire day, while on spring break, away from playing his favorite video game because he couldn’t stop reading it.

There have only been two other books that did the same for him. ENDER’S GAME and the HUNGER GAMES trilogy.

This is how I know Marie and I might be on to something with this LEGEND trilogy so if you are at BEA, you might want to hit Marie’s signing on Wed. May 25 at 3 pm at Penguin’s booth #3252.

The last NLA book to be chosen as a top galley at BEA was SOULLESS by Gail Carriger.

This bodes well for us!