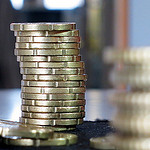 Like Finding Loose Change in the Sofa – Kind of

So just this week, we received an outstanding Australian royalty statement for one of our clients that had been missing. Because we actually track, review, and audit our statements, even foreign ones (and let me tell you what a nifty trick it is to do the Japanese statements…) we immediately spotted one rather large problem.

Oddly, there were no ebook sales listed anywhere on statement. Dating back since 2013. Not a single ebook sale in the last 2 years is a bit hard to believe, so we pinged the publisher.

Sure enough, the ebook ISBN wasn’t linked to this title in their accounting system. It was there but floating out in the ether with no title to attach to. Once it was appropriately linked, voila, almost $1000.00 was owed to the author.

And as my client so aptly replied to me, like finding loose change in the sofa!

Even if the publisher controls the World Rights, we ask for the statements so we can review. Because I’m pretty certain that given the deluge of statements the internal publishing rights team receive, they aren’t paying super close attention.

What’s Hot Down Under

STATUS: I was very glad to hear that New York City didn’t get as hard from Irene as anticipated but my contacts on Long Island are still without power. Eep.

What’s playing on the XM or iPod right now? UPSIDE DOWN by Jack Johnson

As I’m based in the U.S., it’s easy to get tunnel vision on what is hot because obviously I’m mostly focused on this territory. Now granted we sell a lot of projects abroad and some of our authors are wildly popular in places like Japan more so than in the US so I’m certainly aware of territorial differences but I still find it fascinating all the same.

So when I was in Australia, I had a chance to visit with a couple of editors. One publishing division was housed in a charming old Victorian-style mansion and others had sleek modern offices. I rather liked both settings.

Some things I learned took me by surprise. For example, in talking with ANZ children editors, they are still having a wonderful market for picture books. I don’t rep this genre (so please don’t send me queries for it) but I’ve heard any number of editors and agent friends who handle picture books in the US bemoan the state of trying to break out a new author in this arena. The climate is tough here but Down Under, they are still seeing really great success–even for new authors. This could partly be because the Indie bookseller market holds a significant sales percentage still in that country.

Two chain sellers–Borders and Angus & Roberson–had closed doors and editors were greatly concerned. With it went 20% of their sales market. In consequence, print runs were down by several 1000 depending on the author.

I was also surprised to see Costco in Melbourne and Sydney. I didn’t realize that company was there. (I also saw a few Targets). Interestingly enough though, neither venue sells books in Australia yet. I mentioned that it tended to be a strong sales venue in the US so I will be watching to see where that goes, if anywhere, there.

In ANZ, for young adult, dystopian has not taken off in a big way yet. HUNGER GAMES is certainly popular and they’ve had nice success with some other dystopian titles but no big break out. Well, let’s hope Marie Lu’s LEGEND will help jumpstart that trend. I’d appreciate it.

In a similar vein, paranormal romantic YA is equally hot there as it is in US (no surprise). What has gotten harder is literary YA–and that use to be a good market for them.

For middle grade, the ANZ publishers bemoaned the dearth of MG boy adventure stories (that sounds familiar!) and Wimpy Kid blew it out there. No surprise really. That’s a series that feels really universal.

In the adult realm, they publish a lot of Australian authors (as they should) and they always do it in trade paperback. There are very few hardcovers published there. They still love beautifully written stories so US imports like a recent debut THE LANGUAGE OF FLOWERS is having nice traction.

Another interesting tidbit is that an adult title called THE SLAP did mildly in the US but really broke out Down Under (and it was from an Aussie author so maybe no surprise) but it did well in Europe too.

Editors like what they call “watercooler” books. Fiction that tackles issues that readers can dig in and talk about around the proverbial watercooler.

That’s a wrap. By the way, this blog entry is not meant to be the end-all be-all of the ANZ literature market. It’s just smattering of random bits of info but I hope you enjoy it nonetheless.