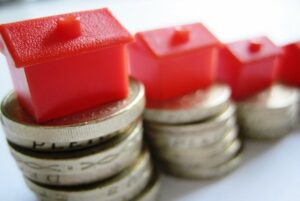 As a demographic, veteran literary agents are partial to opening sentences that begin with “back in the day.” Nothing signals “old” more effectively than that phrase. It implies that the good ol’ days were somehow better. The reality is that we veterans probably just have selective memory and there is no such thing as good ol’ days. However, in the case of the great publishing-house contraction that is unfolding, I might be in danger of embracing the notion that “back in the day” truly was better.

News just hit that Newscorp is buying Houghton Mifflin Harcourt. For those not super familiar with the various corporate umbrellas of publishing, Newscorp owns HarperCollins/Harlequin so buying HMH will significantly expand the HarperCollins footprint. In November 2020, news dropped that Penguin Random House (already the biggest publisher) is buying Simon & Schuster—which makes the biggest publisher even bigger.

Well, back in the day (tongue firmly in cheek) when I first started agenting, I distinctly remember having conversations with then-twenty-year veteran agents who had fond memories of the early 1990s, when more than 300 separate and individual publishing outlets were available for client submission. That number kind of blew my mind. Many of the imprints we now associate with, say, Random House used to be private companies that have since been acquired and folded into the parent company. Macmillan is another excellent example. After all, Farrar, Straus and Giroux, St. Martin’s Press, Henry Holt & Co, and even Tor used to be individual companies before they were bought up to become part of what we now know of as Macmillan.

By 2022, we will be down to The Big 4 (Penguin Random House, Hachette, Macmillan, and Harpercollins) plus a smattering of some mid-size but growing independents. And that’s it.

This contraction significantly impacts writers an authors, and here’s why:

This list could go on and on, so these are just a few reasons why I’m not excited by the currently unfolding mergers. Publishing is a tough business. Publishers feel pressured to grow so as to create greater profits and stronger bottom lines and to compete against other behemoths such as Amazon. I get it, but I don’t love it.

Back in the day, there were dozens of terrific outlets at which to place a new client, to reinvent and reignite a mid-list author, or even to move a big client if needed. I am waxing nostalgic for those good ol’ days. 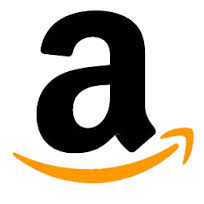 One of the reasons why I wanted Hachette to be forthcoming when I started asking about the shipping issues (many moons before the news became public) was because I had already guessed that Amazon was flexing some muscle in a contract negotiation.

But also so I could tell Hachette and the editors that my authors and I were firmly on their side and hugely supportive of what they were having to face.

Amazon – I have been very appreciative of the many changes you’ve already created in publishing but now you are just being a big old fat hypocrite.

Because your motto is customer first, always.

Well, this kind of hardball in no way serves your customers. It hurts authors (whom you claim to support) and you deserve the public fall-out that this spat creates.

This just hit the newswire in the last week but I’ve informally known about this since late fall 2013 (as early as November). The problem? My Hachette authors and I noticed this “shipping issue” multiple times and brought it to our Hachette Editors’ attention.

Multiple times. Repeated emails. We were assured that all was fine. (Which we, of course, did not believe since it kept happening….)

This is yet another moment where big publishing could have chosen to partner with authors and agents by explaining the truth behind Amazon’s muscle flexing.

Instead, Hachette choose to go with “we don’t discuss contract negotiations” tactic, which leaves their authors in the dark, agents like me fuming, and fosters a general atmosphere of distrust that the publisher is not being forthright.

Not the end goal here! What we need is more communication, not less.

Let agents and authors help you take a stand–which is actually what’s going on now and is detailed in this New York Times Article.

As happens time and time again, the truth does emerge and leaves those of us who have been asking about it for the last six months with exasperated hands in air, the desire to bang head against desk, and authors who now won’t believe the publisher when the response is “all is fine” in the future.