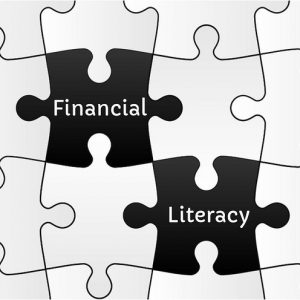 Money, so they say, is a taboo subject, so don’t expect fellow writers to spill financial details.

Until now. Hats off to Heather Demetrios for pulling back the curtain and being brave enough to share her mistakes in the article “How to Lose a Third of a Million Dollars Without Really Trying.” It’s considered gauche to talk about money in this industry, yet it’s probably one of the most important topics authors should be discussing.

Agents are often in a weird position when it comes to talking to our clients about money management. On one hand, we are the author’s business partner; on the other hand, we aren’t their parent. We don’t want to make assumptions about an author’s financial responsibility (or irresponsibility).

Over the years, when I have a debut author who has landed a big advance, I have asked for permission to put on my mom hat and give counsel. If the author says yes, I offer these four pieces of advice:

In the end, the best way to think about your advance is to take that amount and divide it by, say, three years. What would the author’s annual salary then be? For example, if an author is lucky enough to get a $150,000 as an advance (sounds fab, right?), that’s $150,000 minus 25% in taxes, which equals only $37,500 a year for three years. If that’s your sole income for those three years, that might be a bit sobering.

My client Courtney Milan once told me that a blog article I wrote a lifetime ago on authors and retirement really made a difference in how she managed her money. I wish I could find that original blog post, but chances are good the info would be outdated anyway. For more up-to-date info, here are my recommendations for retirement planning:

So thank you, Heather, for getting the ball rolling for authors to talk about money. Mentorship tends to be a key factor for success in publishing. So let’s not be shy about discussing this topic.

Just a happy FYI that the deadline for the third round of quarterly taxes is tomorrow, September 15, 2009. If you still need to pay, don’t delay as you’ll want a US Post Office post mark on the envelope so as not to be charged penalty or fees. I’d send certified mail just to be safe if you’ve waited until the very last day to send.

And if you have to make regular quarterly payments, I suggest getting hooked up with the EFTPS site so you can make payments electronically.

And I might as well take a moment to remind authors that it’s not worth getting behind in estimated payments due from book income throughout the year. I’ve heard one too many horror stories from authors who always thought that the next check would pay all the taxes only to find themselves in a major hole later on (as the next check was basically already spent before taxes came around again).

I know some of you are thinking that gee, I wish I could just get paid for my writing to begin with; I’d be happy to pay taxes. (Okay, maybe not “happy to” but you’d be delighted at the idea of having to because you’re earning money from writing.) For all you published authors out there earning income, this is a not so gentle nudge. Pay your taxes, quarterly, and on time. And if you are the kind of person who doesn’t manage money well or just likes the idea of it, sign up for EFTPS and simply have X amount taking out monthly so it becomes part of your monthly budget–an automatic debit you don’t have to think about when April 15, June 15, Sept. 15, and Jan. 15 rolls around.

That way your taxes are paid (and the date doesn’t sneak up on you when funds might not be in the ole checking account).

STATUS: I’m generally annoyed but can’t really talk much about why. Maybe later. In good news though, Ally Carter is still on the NYT list. Yahoo! CROSS MY HEART has been on for 8 weeks and is at #6. I’D TELL YOU I LOVE YOU has now been on for 3 weeks and we’re holding on to the #2 spot. Now that never fails to bring a smile to my face.

What’s playing on the iPod right now? THE BIG SKY by Kate Bush

IRS—that should sum up my day. Do you know what I did this week? I paid a nice hefty sum to my International tax attorney to write me up a memo that clearly outlines what the agency’s responsibilities are for tax withholding and reporting for my clients who are citizens of Australia, Ireland, and Canada.

This is something that should be accomplished via a free phone call to the IRS but after the fourth transfer and conflicting answers (see previous blog about this), I decided it was worth the money to confirm the letter of the law from an expert (and no, that would not be an IRS representative).

I have to say that Cara, the International Tax Attorney, is my new best friend. The minute I asked her my questions, it was clear that I was not speaking in a foreign language and she knew exactly what I was talking about. Such a pleasant experience.

This was a fifteen page memo that I’m really not going to sum up in one blog entry but I can hit on the high points.

And folks, I’m just sharing this for fun. This in no way substitutes for tax advice from a professional and should not be considered so.

1. Ascertain the foreign author’s country of permanent residence and whether they are a citizen there.

2. Check the tax treaty for specifics on what is the withholding percentage allowed as well as what type of royalty income is covered by the treaty. (For example, Ireland has 0% withholding on everything. Canada is also 0% withholding except for royalties earned from film/tv. Such fun to keep this all straight.)

3. Have foreign author complete W7 form for an ITIN (international tax id number) which will be needed for the W8BEN form which must be on file.

4. Have foreign author fill out the W8BEN form correctly. If they don’t, agency must withhold 30% for U.S. taxes regardless of what the tax treaty says (so this is crucial)

5. Report to the IRS amount withheld or not withheld on form 1042-S. If withholding was done, monies need to be sent to the IRS at a specific time and with a whole other form. The IRS can’t tell you what you actually need to do but woe is you if you don’t get it there in time.

So basically what I’m saying is that I’m good to go with any foreign author clients from Australia, Ireland, and Canada so query away.

If you are a non-US citizen and resident of somewhere else, it’s back to Cara and a whole new memo…and no, that wouldn’t keep me from taking you on but I’d have to especially love your manuscript to take on the trouble.

The Joy Of The IRS

STATUS: I’m being sarcastic in that subject heading.

One of the drawbacks of having foreign clients is the accounting. (Don’t worry Sarah Rees Brennan—I still love you!). Today was all about figuring out the tax issue for Sarah because she is Irish and currently lives in Ireland but we sold her book to a U.S. publisher.

Here’s what we had to do (we being all involved, me, my tax person, and Sarah’s Irish tax person). First, we looked up the tax treaty between the U.S. and Ireland (and it differs depending on the country). Luckily for me, per the tax treaty, my agency does not have to withhold any income tax and Sarah will be taxed in Ireland on the income received.

So great. I don’t have to withhold or send monies to the IRS but no, my job is not done yet. I still have to have Sarah fill out the W8-BEN form for my files. Then I have to file form 1042, 1042-S, and 1042T (transmittal form) just to show that she is exempt and I didn’t withhold monies per the tax treaty.

Which means I’m filling out numerous forms so I can simply put the number zero on all the appropriate lines.

To verify, I called the IRS just to make sure that we had all the necessary forms in hand and nothing was missing. This took 2 hours and a transfer to no less than four departments at the IRS.

Needless to say, I’m not completely confident that even the IRS knows exactly what has to be done but I’m sure they’ll tell me if I neglected a form!