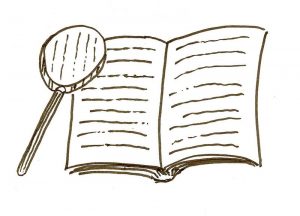 It’s Story O’Clock: Do You Know Where Your Antagonists Are? (Part I)

In fiction craft, it’s a nearly universal struggle for writers to keep track of their antagonists. (If you don’t struggle with this, count yourself lucky. If you do, never fear! You’re not alone, and I think this will help.)

Identify which type of antagonist you have. Is your antagonist a villain/monster, a force, or an opposition character? In Cast Away, the island (man versus nature) and crushing desolation (man versus self) are the antagonistic forces that drive our hero to act. In Good Will Hunting, the kind, insightful therapist (Robin Williams) is far from a villain or monster, yet he’s the opposition character who forces our troubled protagonist to change for the better. Know which type of antagonist you’ve got behind the wheel of your story’s central conflict.

Evaluate whether your antagonist is genre appropriate. The bulk of “good” (successful, memorable, meaningful, etc.) stories, regardless of genre, have both an internal/thematic/growth arc and an external/action arc. (The idea that all stories can be classified as either “character-driven” or “plot-driven” is poppycock.) The opposition your hero experiences in these two realms may or may not be embodied by different antagonists. Regardless, let your genre tell you which antagonist should get more energy in your story.

For example, the hero of a police procedural is trying to catch a criminal (the antagonist of the external/action arc), but he’s also getting flack from his captain, who keeps telling him he needs to straighten up and play by the rules (the antagonist of the internal/thematic/growth arc). Which antagonist are thriller readers more interested in? It ain’t the captain! So give the criminal more energy, regardless of whether you give the criminal a point of view. (We’ll discuss multi-POV stories that give voice to our antagonists next month, in Part II.)

In a romance, the love interests serve as opposition characters for each other’s internal/thematic/growth arcs, which are of greater interest to the reader. The antagonist of a romance’s external/action arc (like the heartless land developer who intends to raze the beloved small-town inn our love interests have a stake in saving) is not the antagonist readers showed up to watch. So give the opposition moments between the two love interests more energy.

Know your genre, and know whether the antagonist to whom you’ve given the most energy in your manuscript is the one that will satisfy your genre’s readers.

Analyze the top five scenes in your manuscript in which your hero is the most unsettled. What is the source of that tension, fear, anxiety, uncertainty, sorrow, regret, anger, etc.? Directly or indirectly, it had better be something an antagonist said or did. If your protagonist is repeatedly experiencing all sorts of intense feelings as a result of circumstances they were powerless to prevent (an electrical house fire, a cheating spouse, the decline of a parent’s health, the loss of a job due to downsizing, etc.), then you are probably still trying to figure out what your story is. Or if you even have a story. That’s because while a life-changing event makes for a serviceable plot catalyst or inciting incident, heaping circumstantial suffering on a character for three hundred pages is not story. Story happens when compelling, motivated opposition happens—and compelling, motivated opposition is exactly what antagonists in fiction exist to provide.

What’s next? Once you’ve worked through these three things related to your story, you’ll be ready for Part II (coming in January): techniques for keeping track of your antagonist. Knowing what your antagonist is up to behind the scenes will, as a matter of course, amp up your story’s tension; make your conflict more believable and immediate; keep your protagonist on their toes and force them to react in compelling ways; and raise the stakes. See you next month!

Do You Know Where Your Antagonists Are? (Part II)

Imagine the opening of a contemporary YA fantasy manuscript. The heroine is fleeing through a forest at night, chased by a hulking, hairy hellhound with sharp claws and sharper teeth. The heroine trips over a log and breaks her leg. As the beast closes in, the heroine, dizzy with pain and fear, loses consciousness. Chapter two opens with “One Month Later.” The heroine is comfortable in her own bed, a cast on her leg, and she’s ruminating: What did the beast want? Why was it chasing me? Will it come back? How will I defend myself?

This is an extreme (but true—this was submitted by a writer I worked with many years ago) case of a writer losing track of her antagonist. Imagine: The hellhound finds his quarry lying injured and unconscious on the forest floor, and thinks, “Poor thing. I’ll give her time to recover so when I chase her again, she has a fighting chance”?

Antagonists do not cease to exist when your hero’s attention is elsewhere. If your antagonist has time to lean, he has time to be mean.

You might think this is a rookie mistake, but we see disappearing antagonists all the time, and not just from new writers. Multi-published, award-winning authors lose track of their antagonists, too. Or finish a manuscript only to realize the antagonist was an eleventh-hour plot device who wasn’t a significant operator in Acts I or II. If you gave some thought to last month’s article, you’re well on your way to avoiding this trap. Here are some things to try now:

If you’re a plotter, try a two-column approach. Column one is what your hero is doing in each scene; column two is what the antagonist is doing during the same period of time. Awareness of your antagonist’s behind-the-scenes machinations will necessarily affect your hero’s own reactions, analyses, interactions, and emotions.

If you’re a pantser, finish your first draft. Then write a scene-by-scene summary. Now do the two-column exercise. How is your antagonist moving closer to his goal every step along the way? How is he motivated by his perception that your hero in an obstacle?

Write a synopsis of your novel from your antagonist’s point of view.

If your second act is sagging (ah, the mushy middle!), get your antagonist on the page. Make him more active. Give him more complexity as a character. Set a ticking clock for him.

Hold your timeline sacred. Writers whose stories move around in time often have the greatest challenge when it comes to tracking characters. Whether it’s a dual-timeline story or a single-timeline story that unfolds over a long period and regularly skips ahead (“three days later…,” “the following week…,” “after a month…,” etc.), remember that the same amount of time must pass for all characters. We see lots of manuscripts that violate this and create what we call “temporal confusion”—and when this happens, characters start dropping off the radar. For your own reference (not necessarily for the finished book), date and timestamp every scene to keep track.

If the antagonist is one of your POV characters and the reader knows all along he’s the bad guy, you’ve got a couple options. If you’re in first person, don’t hold back. The point of choosing first person is to allow readers inside a character’s head. Take us deep into his dark, twisted psyche, or create empathy by developing his emotionally complex backstory, or both. On the other hand, if you want to set up a twist or reveal by withholding from the reader certain things your antagonist knows or plans to do, then you’re better off choosing third person. Either way, giving your antagonist POV chapters can shed interesting light on your hero.

If you’re writing a single-POV story from the POV of a villain or antihero, remember that opposition is the engine of story. There will still be opposition characters gumming up the works for him, so those are the characters whose movements you’ll need to track.

If the antagonist’s identity is a third-act reveal, then scrutinize everything that came before. What conflicts drive each scene? What conflict drives the central story question you set up in Act I and developed in Act II? Is it clear to the reader how all prior conflict relates to the antagonist’s newly revealed goal and motivation? Did you give readers a fair shake by planting clues that now point to what your antagonist has been doing for three-quarters of your novel? And does the reader understand why the antagonist didn’t just make himself known to your hero back in Act I?

…then your plot probably needs work. Start by tracking your antagonist.

Knowing what your antagonist is up to behind the scenes does not mean your other characters or your readers need to know. Master storytellers hold all the cards and decide who gets to know what and when. However you choose to do it, make sure your antagonist is a card you play often!