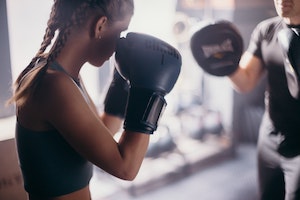 You’ve heard it a million times: Your character needs a goal. Something to want. Something to strive for. Something they can’t have until the end of the story, if at all. Something readers can relate to or get invested in. But here’s the thing: There are two types of goals that drive a character forward, and one type is far more compelling than the other.

Proactive goals are more compelling than reactive goals; however, reactive goals still have their place in fiction—typically somewhere in the first half of the manuscript. Keeping with our example, in the movie ENOUGH (based on the novel BLACK AND BLUE by Anna Quindlen), Jennifer Lopez’s character, Slim, must survive her obsessive, murderous ex-husband. She spends the first half of the story in reactive, survival mode and the second half in proactive, fight-back mode. What causes the switch? Somewhere around the story’s midpoint, Slim realizes no one on the right side of the law will help her. She’s on her own, and sooner or later it’s going to come down to her and her ex, and only one will survive. She decides it’s going to be her.

The term “midpoint reversal” refers to an event that occurs around the 50% mark that sends the story off in an unexpected direction. It’s a twist. A surprise. An earth-shaking revelation. The gain or loss of knowledge, skills, or resources.

James Scott Bell, in Write Your Novel From the Middle, calls the midpoint a “mirror moment”—the moment the protagonist is forced to take a long, hard look at herself and realize she must change or die. (“Change” can be a change of plan, heart, attitude, effort, or direction, and “die” can be a literal, physical death or a figurative death—often a spiritual, emotional, or situational fate worse than death.)

Larry Brooks, in Story Engineering, explores the four-act structure. At the midpoint, between quadrants two and three, the hero shifts from “wanderer” to “warrior.” They are no longer drifting, confused, trying to figure out what’s going on and who’s on their side. At the halfway mark, they are ready to go on the offensive. The endgame/motivation might stay the same (in our example, to survive), but the goal changes from “run away and hide” to “train for the inevitable confrontation.”

Whatever event happens at the midpoint of your story, it’s a great place (though not the only place) to have something happen that forces your character to switch from a reactive goal to a proactive one.

Where To Establish the Proactive Goal

Despite a relatively limited number of narrative structures the human brain recognizes as “story” (see Lisa Cron’s Wired for Story for more info on story and brain science), every story itself is unique and requires its own telling. So you’ve got options.

A Caution About Reactive Goals

In many cases, this is an issue of too much setup—too many opening chapters with too much backstory and ordinary-world exposition. Look at that first 10-25% of your total page count and be ruthless in trimming and tightening.

A character who wanders too far into a manuscript before taking the story’s reins waits too long to command readers’ attention and investment. If you wait until the third act to give us a character who proactively enacts her agenda, you risk reader attrition. Remember that this is your hero’s story. As such, don’t let too much of the story happen to your hero—give us a hero who happens to his story. He is the prime mover, and watching him take matters into his own hands is exactly the sort of thing readers sign up to experience.

Photo by cottonbro from Pexels