One Book, One Denver

STATUS: Another late night but I’m finally getting caught up after vacation.

What’s playing on the iPod right now? DANCING IN THE DARK by Bruce Springsteen

Last week I had the pleasure of attending the launch party for One Book, One Denver hosted by Denver Mayor Hickenlooper. One of the fun aspects of being involved in Denver’s literary scene is that I get invited to interesting events.

So the launch party is the big reveal that happens before the press releases are officially out and about. I personally had no inkling as to what book they were going to choose for the city-wide book club.

And I have to say, I was a little surprised and here it is. 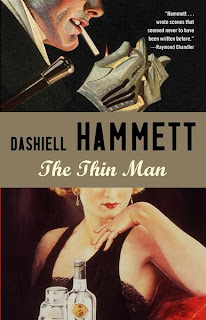 When I chatted with some of the committee members, they mentioned that they were really looking for a fun but literary book that all kinds of readers could get behind. Makes sense to me.

So what do you think about the choice?

For my part, it’s certainly one of my favorite movies. Nick & Nora and their very brainy sidekick/family dog, Asta, solve the crime and save the day.

Heck, I think the book is worth reading just to watch the movie again. And if you aren’t into classics, this just might be the film to win you over (with its 4 Oscars and all).