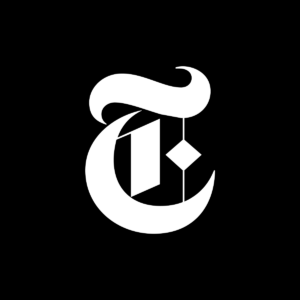 STATUS: Buried in contracts—round three in the negotiation process for all but one on my desk.

What’s playing on the iPod right now? ROCK THIS TOWN by Stray Cats

Folks, if we had the answer to this, we’d rule the world. And every book a publisher (and the author) wanted to be a bestseller, would be one. As you know, the world doesn’t work that way.

There have been case studies of books that publishers threw a lot of money behind (and their whole weight) and the book was dead in the water.

Then you have stories like WATER FOR ELEPHANTS that was an indie bookseller chug-a-thon and the word of mouth was so great even before the book hit shelves that when it was finally available, it was “sleeper” hit.

So why did I’D TELL YOU I LOVE YOU BUT THEN I’D HAVE TO KILL YOU hit the NYT list two years after its debut?

I have no idea. Now I do have some theories. I can tell you what little I know (as it’s certainly not a trade secret). Not to mention, Ally was inspired by my post to offer her reasons on why as well so you might want to check out her blog too.

Here’s what I know:

1. LYKY (shorthand for that very long title) sold very well right out of the gate but never hit a list. In fact, we had sales numbers so good, some titles that were on the NYT list would have been envious.

2. LYKY was firmly supported by the Publisher—Hyperion Books for Children. They made this their lead title and did a lot to get the word out initially. Ads, author lunches with key book buyers, white box mailings, the works. There was a solid initial first print run but nothing crazy. (Sorry, can’t share that as the info is client confidential.)

3. Hyperion was aggressive on its reprints so LYKY continued to sell well and build steadily for 2 years (a success we really owe to B&N—which got strongly behind the book from day one as did some great Indies stores).

5. CROSS MY HEART AND HOPE TO SPY, the second book in the series, had a really rockin’ initial print run and in Ally’s case, it was this title (lovingly referred to as CMH) that landed on the NYT hardcover list first (because of all the awareness-building LYKY had done, sales in the initial weeks after release were out the roof. And to land on the NYT list, a book needs a set number of sales within a short period of time to land. Actually that is just conjecture as the NYT does not share their criteria for the how and why of books hitting the NYT list.)

6. Just weeks after CMH hit, LYKY landed on the NYT trade paperback list and stayed there for 16 weeks.

7. Now we have notice and momentum building on each other. Readers excited about the release of CMH were talking to other readers and telling them to buy LYKY first. Not to mention, the trade pb price is always more appealing so sales took off in that format. There’s an uptick in hardcover sales as well but not like there was for trade pb edition.

8. Borders finally gets on board with a big buy-in for book 2. Because all this notice is happening, Costco, Best Buy, Walmart, etc. all buy-in for both titles as well. Now sales are really picking up.

I can’t tell you where they are right now (client confidential) but let’s just say the weekly sales are eye-popping.

Here’s what else I know:

1. There were few to almost no reviews for LYKY (or CMH for that matter)–although Publishers Weekly did feature the cover for LYKY in the front pages of their issue and they did review the title. It wasn’t a starred review though. So the success was not review-driven.

2. Librarians. Need I say more? They were a force behind talking to students about what great books these were. They ordered many copies for their school libraries to keep up with demand.

3. The biggest component to what makes a book a NYT bestseller? Word-of-mouth. Avid fans. We owe a lot to the readers who absolutely loved the book and told 20 of their closest friends to read it too.

Unfortunately, no one fully understands how w-o-m works. Why some titles make it onto everyone’s lips and others don’t—despite whatever money, marketing, or promotion is given to a book.