Cover Tweaks for HOTEL ON THE CORNER

STATUS: Blogging next week might be erratic but I’ll try and hop on to give you the scoop from all my meetings.

Earlier this year, I had the pleasure of sharing the cover for Jamie Ford’s HOTEL ON THE CORNER OF BITTER AND SWEET, which releases on January 29, 2009.

Often AREs go out with a plain cover (sometimes blue paper) but RH did the galleys with the actual color cover. Lots of AREs were mailed out for early reviews, feedback, bookseller comments, etc. Now based on that feedback, Random House decided to do a few tweaks. Now I find the whole cover process fascinating so I thought you readers might as well.

For HOTEL, RH decided that the maroon filigree was a bit too heavy and de-emphasized the title. They wanted the title to be more prominent and in bigger font.

So, here’s the original cover. 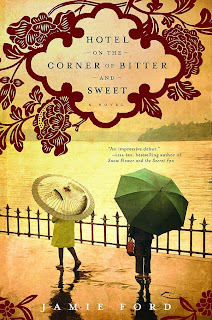 Here’s the final cover with the tweak. 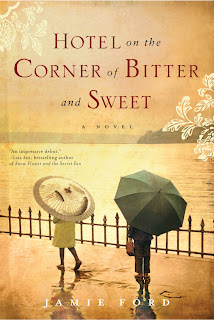