STATUS: Last day of the fair. It might be 1:00 a.m. Denver time but I’m up and at ‘em to tackle the last round of meetings.

As I mentioned last week, one of the first things I did when coming to London was to check out the area bookstores. In looking at my notes from my Waterstone’s visit, the most interesting thing that sticks out for me is how popular sophisticated urban contemporary women’s fiction is.

Oh, you read that right. I just wasn’t using the term we called it over here in the States.

This is a genre that actually still works across the pond. In fact, I even had a French editor ask me if I had any shopping in the city with martinis and twenty-somethings. Didn’t even have to be front list. She was happy to consider back list titles for publication in France.

Could have knocked me over with a feather because unless you are already established in the US (Sophie Kinsella anyone?), it’s not something editors say they are actually looking for.

On the shelves of Waterstones, I saw many titles by Marian Keyes prominently displayed. An editor of an imprint at Random House mentioned that Jessica Brody (The Fidelity Files) was working quite well for them.

Check out the cover. Classic chick lit if I’ve ever seen one. 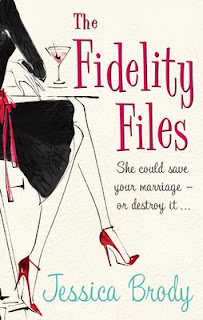 Another popular author is Susy McPhee for the older set (Husband & Lies and The Runaway Wife). The editor even called it hen lit.

So interesting. But here’s what floored me. I visited all the major houses in UK and every editor mentioned that escapist fiction was working for them (well, no surprise given the economy) but what they were looking for was the big epic dishy and glamorous titles I have always associated with the 80s and Jackie Collins. Think Tasmina Perry’s Daddy’s Girls. 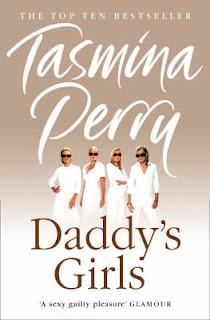 One house had high hopes for Immodesty Blaize’s soon-to-be-released Tease. 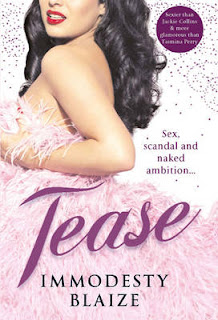 I can’t say I’ve had any editors in the US ask for the same. There was some excitement two years or so ago for Tilly Bagshawe (sister of the well established UK author Louise) and her debut called Adored but I don’t think it did as well as they had hoped over on this side of the pond.

I’ll be heading to New York for Book Expo next month. We’ll see what the US editors have to say then. Tomorrow I’ll be on a plane most of the day heading back to Denver so probably won’t be blogging. But don’t worry, women’s lit and shopping weren’t all that the UK editors were looking for. Literary fiction and upmarket commercial fiction is high on their lists as well. I’ll look through my notes and blog, hopefully, on Friday.

Have a happy Wednesday!