Wrapping Up The London Book Fair

So here’s the wrap up from London. First off, I had dinner with a good agent friend Jennifer Jackson while I was there and she had some huge news to share with me and since it’s so big, I have to blog about it.

So CONGRATS Jennifer!!! (And maybe I should say congrats to Jim as well. After all, the author probably had something to do with it… Grin) 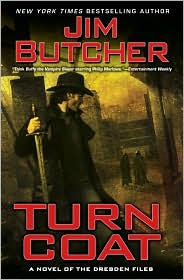 But back to talking about LBF. In browsing through Waterstone’s and Borders, it was very clear to me that the UK publishers definitely have a focus on literary fiction. There large book stalls that featured the classics. (I mean when is the last time you saw Thomas Hardy prominently featured in a book store?) Also, a good majority of the floor space was dedicated to contemporary literary fiction. Titles such as Aravind Adiga’s THE WHITE TIGER and Steig Larsson’s GIRL WITH A DRAGON TATTOO were prominently displayed.

Although quite popular here in the states, I really didn’t see any Edgar Sawtelles out and about on floor displays.

I talked with editors from the UK, Finland, Netherlands, Germany, France, Italy, Brazil, China and Japan. Every single one of them asked about literary fiction that could have broad appeal. In fact, in several of the foreign territories, literary fiction sales were up. In talking with the editors, it was clear that it has a strong market abroad—in a lot of ways, much stronger than here in the States were lit fic can do well but lit fic with a commercial bent can be blockbuster. Some commercial literary titles like MEMORY KEEPER’S DAUGHTER did well across the seas but WATER FOR ELEPHANTS was stronger here at home.

In Asian territories, literary/commercial historical fiction doesn’t work at all. The editors won’t even look at it. However, UK and European editors say bring it on–they’d love to look.

I may add more to this blog tomorrow as my notes are at the office (where Julie is typing them up!). I headed home early because the weather was bad and Chut is fundamentally opposed to walking in the rain. I’ll glance through them and see if I can come up with a few more “this is what they are buying” lists because I know how much my readers like it.