STATUS: I’m actually going to take the day off tomorrow but I’ll slip in the blog entry for the early morn.

What’s playing on the iPod right now? UNBELIEVABLE by EMF

I just can’t stop laughing. Don’t get me wrong. I’m tickled to death. When am I ever going to see one of my authors included on a list like this again?

Congrats Ms. Carriger! I heartily agree with the Media on this one. (wink)

MEDIA SELECTS ITS OWN “BUZZ” BOOKS AT BEA

Norwalk, CT, June 3, 2009: Members of the media who regularly cover the book industry were asked by BEA convention officials this year to submit their favorite buzz book of the show. Lance Fensterman, Vice President and Show Manager for BEA, notes: “This is one of the most unscientific surveys that we could possibly initiate but it’s also one of the most interesting because anything goes. Most importantly, the survey calls attention to a couple books that may have been overlooked by others, and if this is the case, then I think this effort is well worth it! The people that we asked to participate know an enormous amount about books, they have been coming to the convention for years, and it’s their job to seek out sleepers and winners.”

The guidelines were simple: show officials asked the media for their personal pick of the most interesting book at the show. This could be measured by the book itself, its publishing history, what was been heard about the book at BEA (i.e. its “buzz” factor), or a simple assessment of the title based on reading jacket copy or meeting the author. There were some duplicate responses but officials are not “weighing” or “rating” the results. The final list of books represents the full range of titles submitted back to BEA on the last day of the show by the “movers and shakers” in the media whose job it is to cover the world of books.

ABOUT REED EXHIBITIONS: Reed Exhibitions is the world’s leading events organizer. In 2007 Reed brought together over six million industry professionals from around the world generating billions of dollars in business. Today Reed events are held in 38 countries throughout the Americas, Europe, the Middle East and Asia Pacific, and organized by 39 fully staffed offices. 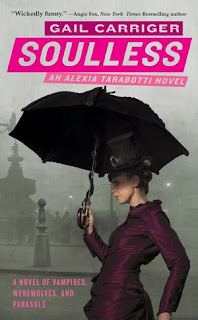