How An Agent Earns Money From A Conference

STATUS: October is a big royalty month for us so a lot of statements and a lot of money coming in.

What’s playing on the iPod right now? I CONFESS by The English Beat

So my blog entry on Tuesday totally got me thinking. Agents can make money from conferences and here’s a terrific example.

I have a debut middle grade novel coming out this week (October 6) and this novel totally made me money from a conference.

I actually met Janice Hardy at the Surrey International Writers Conference two years ago. She had scheduled a pitch appointment with me. She sat down for a 10 minute session and pitched me the project.

I was immediately intrigued and asked for sample pages. I emailed my associate Sara Megibow and told her to be on the lookout for it. The sample pages came in. I read and liked them so asked for the full.

Then I signed her. We did a revision (because the ending needed work). When ready, we went out on submission to editors.

I accepted a six-figure pre-empt for the Healing Wars trilogy.

I’d say that’s making money! It’s a project I may not have landed if I hadn’t attended the conference so technically, this is money I made from a conference. Grin. Just not in the way that writers mistakenly assume.

I actually can’t remember if Surrey charges an extra fee for the pitch appointments or whether that’s part of the general conference price. Either way, agents don’t receive that money; the conference does. 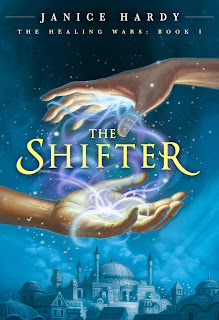