STATUS: All I can think about is getting another 9 hours of sleep. . .

What’s playing on the iPod right now? Nothing at the moment

Last of the Bologna Pics! Enjoy. I’ll get back to topics soon—once I’ve fully recovered. 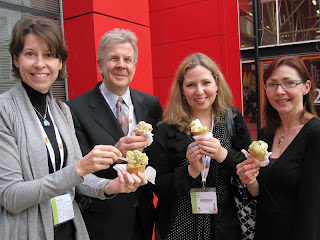 Gelato! The only way to take a break during the Bologna Book Fair! Here Ally Carter and I indulge with Tim for Brilliance Audio and Marisa from Bolinda Audio Down Under. 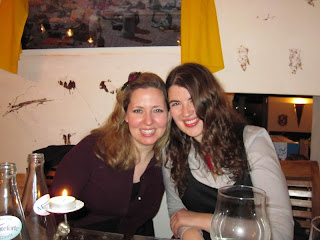 Ally and Sarah Rees take a moment to pose during the NLA dinner. It was definitely the best restaurant I went to while in the city. The name cannot be revealed or Agent Barry will hunt me down… 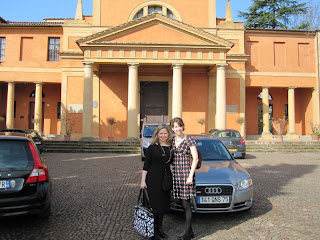 Probably the coolest part of the trip was going to a signing outside of the Fair set up by Ally’s Italian publisher De Agostini.. Here we are standing in front of Kinder College outside the city. The school was gorgeous–an old monastery that overlooked the Bologna Valley and city centre. 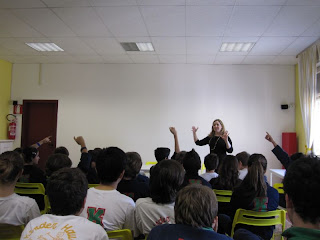 Ally Carter takes some questions from a very enthusiastic audience. And language was not a barrier. These Italian kids knew their English! They had also read I’d Tell You I Love You before our arrival and had lots of questions. 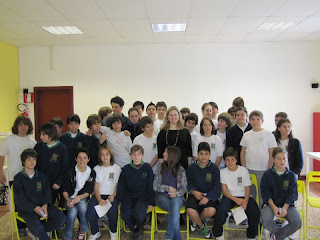 Ally with the whole crew! 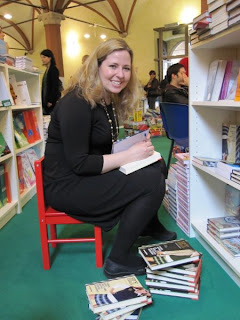 Ally’s Italian publisher also had her pop by BoLibri–the book festival that was going on in downtown Bologna at the same time as the fair. It’s a way to allow the public to interact more with all the events going on at the fair. Here she sits on an Alice in Wonderland type chair to sign book copies. 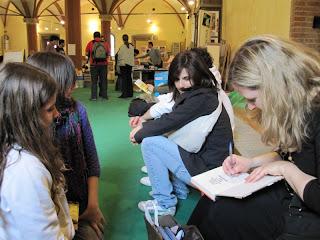 A couple of kids participating in a reading nearby recognized Ally and raced over to get their books signed. Almost famous! 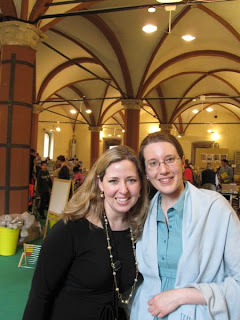 Ally wasn’t the only author at the BoLibri festival. Here she is with author Kristin Cashore (Graceling). As for me, I’m predisposed to like Kristin as she spells her name correctly. Grin. Not 15 minutes later we got to watch Ms. Cashore’s prowess with a sword. Good thing BoLibri didn’t make Ally do something similar like rappel over a wall to demonstrate a Gallagher Girl move. Watching Kristin, it looked like hard work!