What’s playing on the XM or iPod right now? BEAUTY IN THE WORLD by Macy Gray

The life of an agent is indeed a hard one—as you can tell from the following BEA pic. I really took one for the team in doing that shot with Simone and Alex at her signing for RULES OF ATTRACTION. *grin* Alexander F. Rodriquez starred as Simone’s character of Alex in the RULES OF ATTRACTION trailer.

Here are two shots of Alex and Simone signing in the Walker Booth: 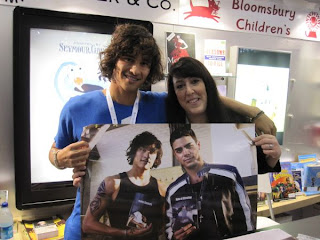 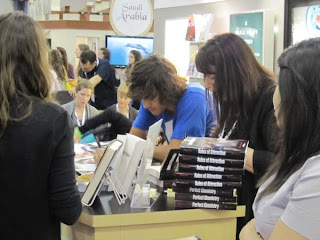 Here’s a shot of Simone posing with a Fan in the Flux booth during a signing for RETURN TO PARADISE: 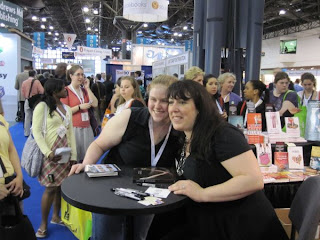 In that same Flux booth is a great poster of REVAMPED, an upcoming release from NLA client Lucienne Diver: 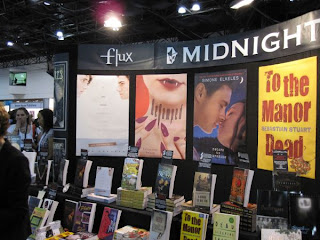