STATUS: 589 emails in the inbox. Yep, that sums up my day. Thank goodness it’s a holiday in New York.

What’s playing on the XM or iPod right now? GET TOGETHER by YoungBloods

As promised, pictures from comic con. Friday wasn’t even the “busy” day and it was packed. 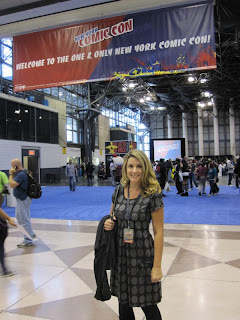 Marianne Mancusi at entrance of the convention 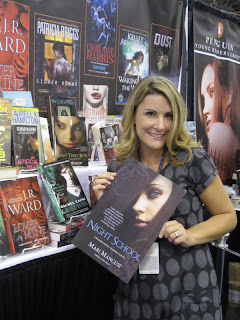 Mari holds her Night School poster in the Penguin Booth. Four and half years after initial publication of the first book–Boys That Bite–the series is taking off. Last year, Penguin rebranded the covers and rereleased the first three books and then published book 4 in the series. Night School is book 5 in the series. It will release in January 2011. 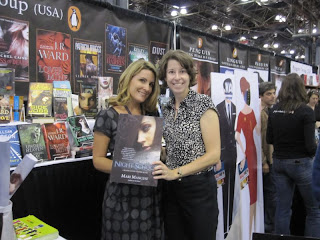 Got to have the gratuitous agent/author shot in booth! 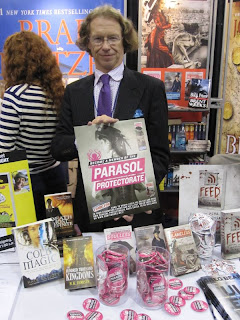 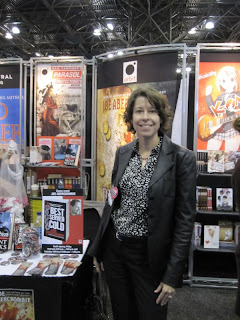 Nice shot of me with SOULLESS poster in background. 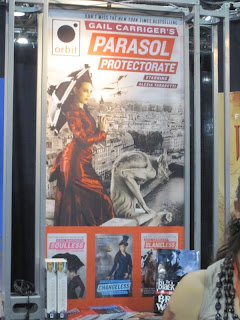 Close-up on the Poster.