Status: Winter finally decided to show up in Denver. Eight inches of snow and boy is it cold.

One of the things I love the most about repping titles in the children’s world is the very different expectation children’s editors have for a debut author.

In the adult world, sometimes a new writer is treated via the spaghetti test. Let’s throw it out there and see if it sticks. If it doesn’t, time to move on.

In the Children’s realm especially for middle grade, there is an expectation that most successful mg titles will be through a slow build. With this in mind, the publisher expects to support the title for the long run. Now it’s not to say there aren’t successful titles straight out of the gate. There are and trust me, editors are excited and happy about that.

The difference is that they understand that an instant success is the exception to the rule rather than the norm. And this is what makes today’s news so cool.


A year and a half after initial publication, Janice Hardy’s first book in the Healing Wars series is now starting to get recognition.

Finally we can share some big news out of the UK.

THE PAIN MERCHANTS (the US title is The Shifter) has been shortlisted for the 2011 Waterstone’s Children’s Book Prize. This is a big deal. We’ve known for 2 months but couldn’t say anything until today. 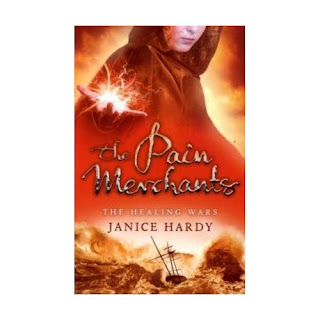 We also found out that in the U.S., THE SHIFTER is a nominee for the 2011-2012 Truman Readers Award for the state of Missouri. 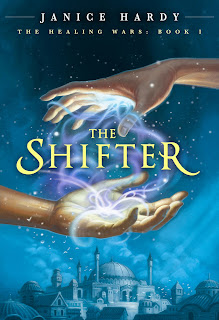 The coveted state reading lists—landing on one is usually a sign that a title/series is starting to penetrate the reading market—especially for teachers and librarians.

So huge news—and coming quite a bit of time after initial publication. I’m thinking this spaghetti strand is definitely going to stick!