Now Dorchester Is Trying To Sell The Company

STATUS: Leaving for Bologna, Italy on Friday for the Book Fair. Ack!

What’s playing on the XM or iPod right now? SET FIRE TO THE RAIN by Adele

I also have some land 100 miles west of Ft Myers I’d like to sell you….

What would a week be without an update on Dorchester? I can’t imagine what company would be interested in buying an ailing organization with such a significant amount of debt. I don’t have updated numbers from the phone call last year but back then, debt owed was in the millions.

Maybe it’s good for the taxes.

But straight from the horse’s mouth, here is a letter from Dorchester’s president. 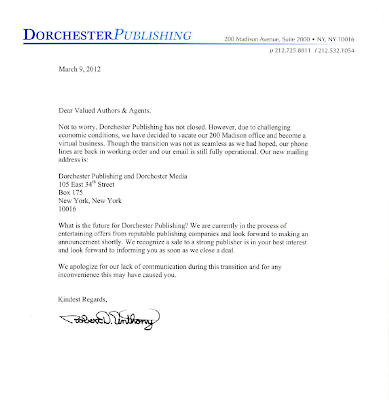