Their Failure is Not Mine – Guest Blogger Mari Mancusi

For some reason, Internet Explorer is not showing the blog so had to delete last post and redo. My apologies to anyone who commented.

Don’t worry, Fridays With Agent Kristin video rants will resume next Friday! This week seems to be all things Dorchester.
–Kristin 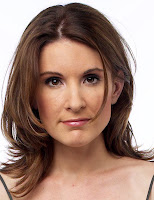 I still remember the day my dot.com company dragged us all into the conference room on Friday afternoon—pay day—and announced there would be no pay checks distributed at the end of the day. Not today—and not ever again. We were summarily dismissed and suddenly found ourselves unemployed–with no way to make up the money that was owed to us. It was devastating, to say the least. I felt powerless and weak and alone.

Fast forward 10 years and bring on the déjà vu when I opened my mailbox to find a royalty statement from my long time, traditional publisher, Dorchester. While the statement clearly stated I was owed money, there was no check inside. Dorchester was having financial difficulties, just like my dot.com and chose not to pay what it owed.

But this time, I wasn’t going to just lay down and die. Maybe I’d never see a dime from Dorchester, but that didn’t mean I couldn’t make a dollar on my own. And so, as Kristin worked tirelessly to get the rights back to my books (even the ones she didn’t represent the first time around!), I started researching how to publish these backlist titles on my own. For many reasons not detailed here, I decided to use Kristin’s digital liaison service to launch the books rather than self-publish them on my own. Together we began the process of working with cover artists, copyeditors, and converters to breathe new life into these old books. I even did some rewriting! One of the advantages to digital publishing—you can always update and tweak your product. (Though my husband likes to tease me and say I’m like George Lucas in that regard…)

Today we launched Tomorrow Land, a post-apocalyptic, dystopian YA romance previously published as Razor Girl in Dorchester’s crossover Shomi line. Best described as a post-apocalyptic pilgrimage to Disney World in a zombie infested wasteland, the story follows two teens who had fallen in love before the apocalypse and then separated, Casablanca style, only to be reunited four years later and forced to find a way to trust one another again. All the while trying to deal with those pesky, flesh eating zombies!

The artwork, by the way, was custom created for the book by artist/illustrator Tony Sahara. He’s amazing, isn’t he? He’s also did the artwork for Alterntiy, my next young adult dystopian release, coming May 1st.

I can’t tell you how awesome a feeling it was to wake up this morning and see Tomorrow Land up for sale on Amazon and know—without a shadow of a doubt—that I’ll get properly paid for each and every download. On a book that will never go out of print and costs half the cover price. So not only do I benefit—but readers do, too! Total bonus.

I know that I will never get that last check from my dot.com company. And there will never be a royalty check in the mail from Dorchester. But you know what? Their failure is not mine. I’m determined to make the best of this bad situation and come out on top in the end.

NOTE: My heart goes out to my fellow Dorchester authors who were not able to get their rights back. It sickens me that this company would not only steal earned money from its hardworking writers, but then steal their intellectual property as well. I hope you find a way to get your books back in the end.

Kristin’s NOTE : If you are a Dorchester author with rights in question and titles currently still available online for sale, you lose nothing by reaching out to the various electronic distribution venues and finding out exactly what you need to do to get those titles removed from sale. Will it be a lot of work? Probably but potentially worth it in the end. I, of course, also recommend you consult with an attorney. I would also reach out to other former Dorchester authors and see how you might be able to help each other. 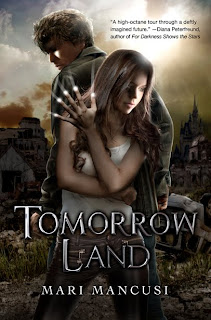 Can true love survive the end of the world?

Imagine finding your first love, only to be ripped apart by the apocalypse. Peyton Anderson will never forget the day she was forced to make a choice–between her family–and Chris Parker, the boy she’d given her heart. And now, four years later, as she steps from the fallout shelter and into a dead and broken world, he’s the only thing on her mind.

All Chris “Chase” Parker wanted was to take Peyton away and keep her safe from harm. But he waited for hours in the rain on judgment day and she never showed–breaking his heart without ever telling him why.

Now the two of them have been thrown together once again, reluctant chaperones of a group of orphan children in a post-apocalyptic world where the dead still walk…and feed. As they begin their pilgrimage to the last human outpost on Earth, can they find a way to let go of old hurts and find the love they lost–all the while attempting to save what’s left of the human race?

“A high-stakes, high-octane tour through a devastating and deftly imagined future. This is Mancusi at the top of her game.” –Diana Peterfreund, author of For Darkness Shows the Stars 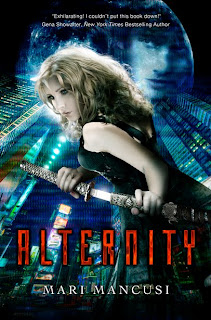