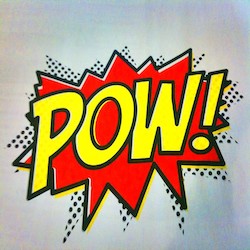 STATUS: 105 degrees today. WTF? It’s like walking in an oven…

What’s playing on the XM or iPod right now? HOSPITALITY by Friends of Friends

Can I see a show of hands of how many of you have been told that you need “to grab an editor or agent’s attention” right away at the beginning of your novel?

This is actually true. You do need to grab our attention immediately but when new writers hear this, they confuse an action scene with an active scene.

These two things are wholly separate.

If a beginning writer hears this mantra, they often interpret it to mean that they need to inject some kind of physical active scene to create tension at the beginning of the novel.

This translates into a whole host of odd openings with car chases, prologues, or dream sequences with “action” to start the story despite the fact that these are unnecessary to the story being told and don’t feel organic to what will unfold.

Besides, how the heck are you going to include an action scene in a literary novel? That makes zero sense.

So I want to take a moment to explain the difference between an “action” scene versus an “active” scene–which can be equally compelling in terms of grabbing attention.

An action scene is just that–an opening that has a lot of physical action to open the story.

A great example is Janice Hardy’s opening for her fantasy THE SHIFTER. But notice, in this opening, she creates tension but the pace is not necessarily fast and furious (a la a car chase solely there to grab attention) and it doesn’t need to be. Yet the action is physical and it is creating forward momentum.

Stealing eggs is a lot harder than stealing the whole chicken. With chickens, you just grab a hen, stuff her in a sack and make your escape. But for eggs, you have to stick your hand under a sleeping chicken. Chickens don’t like this. They wake all spooked and start pecking holes in your arm, or your face, if it’s close. And they squawk something terrible.

The trick is to wake the chicken first, then go for the eggs. I’m embarrassed to say how long it took me to figure this out.

“Good morning little hen,” I sang softly. The chicken blinked awake and cocked her head at me. She didn’t get to squawking, just flapped her wings a bit as I lifted her off the nest, and she’d settle down once I tucked her under my arm. I’d overheard that trick from a couple of boys I’d unloaded fish with last week.

A voice came from beside me. “Don’t move.”

Two words I didn’t want to hear with someone else’s chicken under my arm.

I froze. The chicken didn’t. Her scaly feet flailed toward the eggs that should have been my breakfast. I looked up at a cute night-guard not much older than me, perhaps nineteen. The night was more humid than normal, but a slight breeze blew his sand-pale hair. A soldier’s cut, but a month or two grown out.

Stay calm, stay alert. As Grannyma used to say, if you’re caught with the cake, you might as well offer them a piece. Not sure how that applied to chickens though.

“Join me for breakfast when your shift ends?” I asked. Sunrise was two hours away.

He smiled, but aimed his rapier at my chest anyway. Most times, I enjoyed handsome boys smiling at me in the moonlight, but his was a sad, sorry-only-doing-my-job smile. I’d learned to tell the difference between smiles a lot faster than I’d figured out the egg thing.

If the above is action, then what do I mean by an “active” scene–which can equally work to grab attention? Active scenes don’t have physical action unfolding yet the narrative propels the reader forward through the author’s distinctive voice and because there is something about the scene that can’t be reconciled unless the reader reads on.

My tea tastes so fresh, and this joint is so fine, I might melt right into the red velvet cushion and run down the walls into a silvery pool on the floor.

Sure, I’m a little old to be toking up. Just north of sixty. So sue me. It’s been a rough couple weeks around here.

The kids – actually, just my oldest, the other two are dragged along under the wheels of her train – are throwing us an anniversary party. By tomorrow night they will all be here, with spouse, children, suitcases, plus the usual petty arguments and festering resentments.

And I thought my being a hippie would free them of all that crap. The joke’s on me.

“Mira!” calls my husband from the kitchen. “Mira?” he says a second time, maybe realizing how frantic he sounded.

“In here!” I know he will follow my voice and check on me, and ask me some ludicrous question like where the spatula is, when he knows darn well. Lately, he can’t let me out of his sight for very long. It’s like living with a toddler again. I’m surprised he doesn’t come into the bathroom while I’m taking a dump.

But then, didn’t I long for this, his fervent attention? As they say, be careful what you wish for. It’s like some sort of medieval fable where a wish has been granted, with a horrible catch in the bargain.

In the echo of all this deference rings that horrible fight, when he turned into someone else, something alien possessing him such that I’ve never seen in 40 years. I take a deep drag from the joint, and shake my head a little, shaking away the memory.

Max pokes his head into the study, and I place my joint carefully in the ashtray on the seat next to me. He’s got Einstein hair this morning. His sandy colored curly mop sticks up on each side, but he’s bald in the middle. His spectacles are up on top of his head, and his ratty red bathrobe hangs open over his boxers and t-shirt. He doesn’t mention the marijuana smell, nor the joint smoldering next to me.

In this opening, there is very little physical action. Her character is sitting on a couch smoking. That’s it. Riggle grabs attention by setting up a dichotomy–a grandmother smoking a joint. It’s not what we imagine or expect so immediately the reader is questioning the why and the character. It’s an active scene just for that reason.

Whether the opening works for you as a reader, is not the point here. I’m simply pointing out the difference between “action” and “active” when writing openings to grab attention.

So don’t confuse the two when your critique group says you need to immediately grab an agent’s attention in your novel. 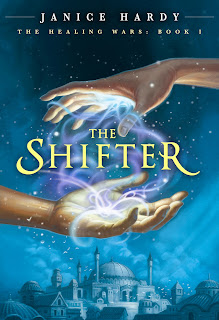 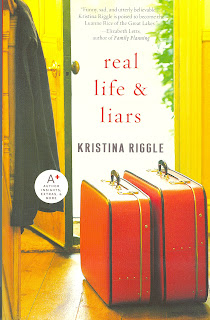