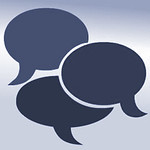 STATUS: Working though 245 emails in the inbox. You can’t hide from me!

What’s playing on the XM or iPod right now?  DON’T STOP by Foster The People

An yet, writers always have some confusion on what is the difference between a pitch and a query. Seems like a good topic to tackle (as I can already see a myriad list of sub-questions within this topic).

Let’s start with the basics.

A query is a professional business letter that introduces your work to an agent or editor. These days, this letter is sent by email rather than snail mail. In the query letter, you will have something called a pitch paragraph. The query letter will also contain an introduction and the author’s bio or credentials. It will be one-page long.

A pitch is the verbal delivery of the main pitch paragraph from your query letter. In other words, you need to have a quick way to sum up the opening plot catalyst of your novel in a sentence or two while talking to someone. That way your audience gets a clear and immediate gist of what your novel is about.

Here’s a great example from a novel I just sold by David Ramirez called MINCEMEAT. It’s a good example because in this instance, I actually did something unique. I pulled out the pitch from the main pitch paragraph. I don’t always do that but I did so in this instance. Also, when I was in New York in May, I verbally PITCHED this work to editors using the one sentence pitch highlighted in pink.

But here it is:
All that is left of humanity is on a thousand-year journey to a new home aboard one ship, The Noah, and this ship is carrying a dangerous serial killer.

Intrigued? I hope so. At its heart, the concept for this SF novel MINCEMEAT by David Ramirez is quite simple but what unfolds is layer after layer of complexity.

Since most editors prefer I don’t leave it at one sentence, here’s a little bit more about the manuscript:

Priss Dempsey is a City Planning Administrator on the Noah, a vessel carrying the last survivors of Earth on a thousand-year journey to a new home.  She is equal parts psychic, economist, hacker and bureaucrat, a vital part of the mission, but her life seems to lose purpose after she experiences Breeding Duty.  Kept asleep through the impregnation and birthing that all women are obligated to undergo, she still feels a lost connection to the child she will never be permitted to know.

Policeman Leonard Barrens approaches her with a request for hacking support in the unofficial investigation of his mentor’s violent death. Only Barrens knows that a crime has been committed because he came across the mutilated remains before Information Security could cover it up. To everyone else, the missing man was merely “Retired,” nothing unusual.

Their investigation takes them through the lost dataspaces in the Nth Web and deep into the uninhabited regions of the ship, where they discover that the answer may not be as simple as a Mincemeat Killer after all. And what they do with that answer will determine the fate of all humanity.

May I send this novel your way?

Next up, I’ll tackle the log line versus the pitch.