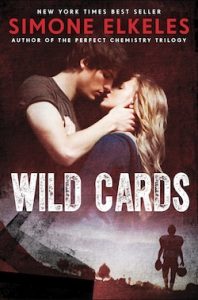 If It’s been done before, then it’s too late

When I was at the Writers Digest conference earlier this year, I listened to a panel on how indie self-publishers creatively promote. All the folks in the audience were taking copious notes and invariably they asked, “what works in terms of promotion.” They wanted the magic bullet so if they did that, the work would get noticed.

The panel members answered by giving some examples but they cautioned that no one in the audience could use the same promotional approach because it had been done before; now it’s too late to do it again. It won’t have the same impact. To stand out, folks have to be creative and come out with the next big thing that hasn’t been done before.

But it’s so true. Remember when the book trailer was something crazy new and inventive? Now they are so common, it’s all just noise to readers (although they are super fun and I still like for my clients to have them).

Simone Elkeles ran her own company when she was in her mid-twenties. It forced her to think out of the box and be super creative with all the marketing. And I have to say that when she’s releasing a new series, she brainstorms for what will really go viral.

Now I’m not suggesting that everyone spend the budget Simone does for her promotion but what just-about-to-be-published writers need to do is analyze what they like and what is fun for them to do and see if that can’t be turned into an interesting or unique promo opportunity.

if you have a passion that will show through. And nothing exemplifies this more than the Reality TV Episodes Simone created for her brand new Wild Cards series. You can just tell that Simone loved putting this together. Check it out for yourself!