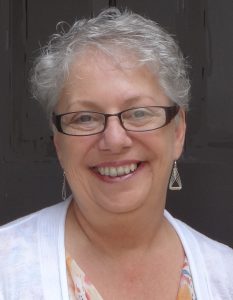 One of my favorite panels regularly offered at my Backspace Writers Conferences was one in which I invited an agent I respected to bring in an editor they’d worked with to discuss the process of selling and bringing out a book. Sometimes called “Agents and Editors, Working Together,” sometimes “The Business of Selling the Book,” these discussions were far more interesting than their titles. I loved how they pulled back the curtain on an aspect of the publishing business that authors generally don’t get to see: the relationship between agents and editors.

The conversations were always casual, engaging, and honest. It was easy to see that the agent and editor respected each other and enjoyed working together—even though they acknowledged their jobs often put them on opposite sides of the fence.

I thought about these panel discussions after I read Kristin’s article about how a good agent needs to command authority naturally. In one discussion, the editor lamented how hard it was to know if the agent pitching a manuscript was telling the truth.

Agents lie to editors? I remember thinking. Apparently, some do. Editors know it, and it makes their jobs harder. As an example, the editor said an agent might tell her they have “interest” in a manuscript. Normally this means another editor wants to acquire the book. But “interest” could mean as little as the agent and editor had waved to each other in the hallway. The editor was exaggerating for effect, but the truth beneath her comment was clear.

“I will never, ever lie to an editor,” the agent broke in. “I’m a salesperson, so naturally I’m going to portray the book in the best possible light. But I will never say anything that’s factually untrue.”

“I know that,” the editor replied. “And I trust you. Personal relationships are super important to figuring out what’s actually going on [in negotiations].”

Or as Kristin puts it: “For an agent to command authority naturally means that an editor has immediate respect for the agent. They view the agent as powerful, well informed, fair, yet tough.”

In the same panel discussion, the agent told the audience that if he thinks a book will generate interest from multiple publishers, he likes to send the book to editors on a Thursday. Why Thursday? So the editors can read the manuscript that night, get their colleagues on board the next day so they in turn can read the book over the weekend, and the following week the agent can hopefully set up an auction.

“We hate when agents do that!” the editor said. Dropping everything she had planned and reading is the last thing she wants to do at the end of a busy week. But because she respects the agent, she trusts that when he says the manuscript is hot, it really is, and he’s not lying in order to get the project read quickly. So she reads the manuscript right away.

“Agents who command authority naturally are just better at the job of agenting,” Kristin says.

At another of my Backspace conferences, when I met the editor the agent brought in for this panel and told her who my agent was, she said, “You have a good agent. He’s tough.”

I found out later that my agent and this editor are friends. Yet their friendship doesn’t preclude my agent being a tough negotiator when the situation calls for it. More important, this editor respects my agent because he is.

She is represented by Jeff Kleinman of Folio Literary Management. This panel discussion along with the full Backspace Writers Conference video archives are available exclusively to Backspace subscribers and online conference registrants.