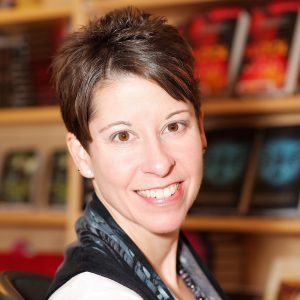 in the series WHAT MAKES A GOOD AGENT? by Agent Kristin and Karen Dionne, co-founder of Backspace

In January, one my clients emailed me a great note to kick off the new year. She wrote:

“This is going to sound random, but I feel the need to do a bit of effusive gushing to you. As you probably know, authors eventually turn to gossip (about their contracts too) and I recently found out that several writers I know are stuck with joint accounting, one of them being a NYT bestseller. To say the least, I was agog. My next, immediate thought was that I have the best agent ever.”

Because my client knows that all our contracts here at NLA have separate accounting. I really appreciate when my authors recognize a good job well done because let me tell you, great contract negotiation is not the sexy part of agenting. But it’s the backbone of a great career for my authors.

Separate accounting, on the other hand, specifies that each book’s earnings apply only to that book’s advance; in other words, if book one earns out, the author begins to earn royalties, even if the subsequent books on that contract have yet to earn out. Yay! Royalties!

I decided early in my career that Nelson Literary Agency would only do multi-book deals if the contract granted separate accounting. I weighed the pros and cons, and I just couldn’t see an advantage to granting joint accounting. Since my job as agent is to advocate on behalf of my authors, I’ve held firm on this issue—even if it means we can only sell one book to an editor instead of two or three.

If editors know that joint accounting isn’t available, they don’t bother asking me for it. Why am I sharing this example? Because I want to discuss what could be considered a rather nebulous concept, and my #1 criteria for what makes a good agent:

What does it mean to command authority naturally? For one thing, it means that an editor has immediate respect for the agent. They view the agent as powerful, well informed, and fair yet tough. Especially when it comes to negotiation. So if the agent has established that she won’t grant XYZ in a deal, then editors don’t bother asking for it. In other words, the agent is not a pushover as a negotiator.

There are many agents who are absolutely lovely people but who don’t command authority naturally.

Why should you, as a writer, care about this?

Because it is the essence of this biz. Publishers (who are not evil, by the way) want the most they can get out of a contract (which is often not in the author’s favor), and the agent’s job is to grant only what won’t be detrimental or disadvantageous to the author so that the author gets the fairest contract possible.

The goal is to meet in the happy middle, where both the publisher and the author feel satisfied. And it’s simple: Authors with strong contracts have more successful careers.

So if an agent commands authority naturally, editors will respect that. Editors who know an agent is a negotiating pushover will ask for as much as possible, and since the agent won’t stand tough on key issues, writers get stuck with yucky stuff in their contracts, joint accounting being just one example.

In fact, I know of agents who simply accept the first offer an editor gives without any negotiation whatsoever. Yikes!

Agents who command authority naturally get higher advances and better royalites for their authors’ work.

Agents who command authority naturally are granted more compromises during negotiation, making sure contracts are advantageous for the author.

Agents who command authority naturally get more leverage when dealing with conflict (for instance, over a cover image or something else in the author’s career).

By the way, this doesn’t mean that the agent will always get her way. But it does mean that the editor respects, values, and weighs seriously the agent’s opinion. And sometimes that translates into swaying the editor on the issue.

Agents who command authority naturally are just better at the job of agenting. And in my mind, if the agent is better at agenting, the author is going to have a stronger, more successful career.

And since authors want to make a living writing, this becomes pretty important indeed!

The genesis: In January 2015, Backspace co-founder Karen Dionne and I had a conversation in which she mentioned that writers sometimes want representation so badly they are willing to sign with an average or even a below-average agent. Trust me, not all agents are equal. I replied, “Well, writers don’t know what they don’t know.”

In that moment, a lightbulb went on for both of us. Writers don’t know what a good agent does. How could you if (1) you’ve never experienced it and (2) you’ve only ever had one agent and no way to assess just how strong he or she might be at the job?

Thus, this series of articles was born.