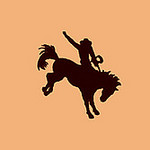 Kristin’s Original Pitch Letter to Editors – Under A Painted Sky

And as further celebration, my original pitch letter to editors when this work was on submission. A couple of things to note:

1) As my letter reveals, UNDER A PAINTED SKY was not the original title. We have Stacey’s estimable editor Shauna to thank for that! It was a great suggestion and way more evocative than Golden Boys. LOL Titles can be tough. As an agent, I either come up with a terrific one right away for the submit or it doesn’t happen until after the book is sold etc. But editors trust me so I know they’ll read the manuscript even if the title isn’t 100% golden. Pun intended.

2) This novel has received a lot of accolades and two STARRED reviews from Publishers Weekly and Kirkus. Over the last two weeks,  several editors have reached out to me with congratulations and a request for me to keep them in mind for future stories like this. Given how wonderfully this title is coming out of the gate, it’s easy to assume this might have been a slam dunk of a sale when on submission.

Putnam really took a chance and with Shauna’s (and Jen Besser’s) wonderful editorial guidance and vision, Stacey worked hard to perfect the story of Sammy and Andy for the novel you get to read today. My fingers are crossed that this is a sleeper hit in the making.

It was so lovely to see you while I was in New York. As promised after BEA, I’m sending along GOLDEN BOYS by Stacey Lee, a  young adult historical western a la True Grit.

After I had offered rep and Stacey accepted, I dug in to do the slow read. I was worried that my lack of sleep caused by staying up to read the manuscript had impaired by judgment when offering rep. *grin*

Lucky for me, it was just as good, if not better, than the first time I read it! I love love love it! Get ready to hold on to your saddle because I think you are going to love it as much as I do.

After a suspicious fire burns down her father’s dry goods store with him in it, newly orphaned Young San-Li, who goes by Samantha Young, confronts the landlord she suspects of setting the fire. When she accidentally kills him in self-defense, her only option is to hit the Oregon Trail. She knows the law in 1849 will not side with the daughter of a Chinaman.

With a whip-smart runaway house slave at her side, “Sammy” and “Andy” disguise themselves as boys and join a band of young seasoned cowboys headed for the California gold rush. Sammy must evade bounty hunters and hunt down Mr. Trask, the man entrusted with her dead mother’s treasured jade bracelet. When she also falls for West Pepper, a cowboy with no tolerance for greenhorn boys let alone girls, Sammy is convinced that the trail poses more hazards than a demure violinist can handle.

When the wild West doesn’t prove big enough to hide her, Sammy must choose–avenge her father, forsake the memory of her mother, or embrace a new identity forged in the frontier and forever lose her history.

Stacey Lee wrote her debut novel GOLDEN BOYS because her great great grandfather was one of the first Chinese to come to California at the time of the gold rush. She wondered how a Chinese girl born in the U.S. during its expansion west would have fared.  This novel won the 2012 Golden Gate award at SCBWI Asilomar Conference. This work is also a finalist in the Chicago North Romance Writers of America Fire and Ice Contest.