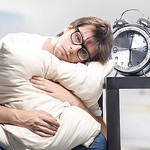 Q: Why does the opening character awakening scene of the HUNGER GAMES work when 99.9% of slush pile opening pages do not?

Wowza. With over 7000 people reached on Facebook and untold number of Twitter shares, I obviously hit some kind of nerve. We should entitle these last two Pub Rants blog entries: The Perils of Writing About Novel Openings with Characters Awakening.

So let’s talk about this some more.

I spotted a lot of comments where writers mentioned the opening of the HUNGER GAMES. Fair enough. So let’s take a look at that first paragraph and analyze why that waking up character opening works and 99.9% of what agents are seeing in the slush pile doesn’t.

When I wake up, the other side of the bed is cold. My fingers stretch out, seeking Prim’s warmth but finding only the rough canvas cover of the mattress. She must have had bad dreams and climbed in with our mother. Of course, she did. This is the day of the reaping.  (Copyright: Suzanne Collins, Hunger Games, Scholastic Press 2010)

1) Opening 2 sentences. The importance is not on the character awakening but to alert the reader to what is different from normal.

2) Third sentence. We know Prim is a child and that it’s fairly normal for her to have bad dreams. Right away, in the hands of the master writer, even though we as readers don’t know much else about the characters etc., we know that whatever their life is, easy it is not.

3) The reason for the bad dream. The Reaping. I don’t know about you but I finished the first paragraph with an instant question that I had to know more about. What is the reaping? And why would it cause a child to find comfort with her mother when normally she wouldn’t? It can’t be good. I’m compelled to read on.

So trust me when I tell you that the majority of character waking up novel openings we are seeing in the slush pile do not remotely achieve the narrative momentum achieved in just 5 sentences shown above. The opening scenes we are seeing is literally about a character waking up and not much else. Sometimes they’ll then go to the bathroom to look in the mirror (so as to describe what the character looks like to the reader).

I’m not pointing this out to ridicule beginning writers who may recognize they’ve done this. I’m pointing it out because it’s less about the action (waking up) then about the purpose for starting the novel there. Most slush pile submissions with this construct are not using the awakening character for a compelling purpose.

And thus why agents pass on sample pages with this construct 99.9% of the time.

And here are a couple of other things new writers should keep in mind:

1) Already established authors can get away with an opening that most beginning writers can’t. Why? Because their agent and editor already trust them as writers. Once that trust is earned, you can play with all kinds of constructs or break all kinds of rules and publishing will even embrace you for it.

If you are first-timer trying to break in, the length of forgiveness is short indeed.