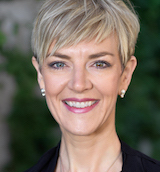 Authors, Do You Know Where Your Money Is?

Every six months, you get an envelope from your agent. You tear it open, take out the enclosed check and royalty statement, and glance at the numbers on both. You shrug and mutter, “Guess that looks about right.” Then you toss the statement on your to-be-filed pile at the back of your closet, endorse the check, and head to the bank.

I can’t even begin to tell you how many published authors I’ve talked to at conferences who don’t give their royalty statements much of a glance. Why? Because they don’t know what they’re looking at. “Dammit, Jim, I’m a writer, not an accountant,” they say (or something along those lines). “Besides, isn’t that what I pay my agent to manage for me?”

News flash! Like you, many agents consider themselves word people—not numbers people—and your royalty statements are just as baffling to them as they are to you.

This means that the buck, quite literally, stops with you. Have a conversation with your agent about the level of support he or she is providing when it comes to combing through your statements and making sure you’re getting paid everything you’re owed.

More importantly, educate yourself. Learn how to audit your own statements.

Every year, we at Nelson Literary Agency recover thousands—sometimes tens of thousands—of unpaid dollars on behalf of our clients, simply because we audit their royalty statements.

Does this mean that publishers are nefarious, knowingly cheating authors out of a few bucks here and there to improve their own bottom lines? In our experience, no. (In fact, not all errors we find are made in the publisher’s favor!) Every error we’ve called to a publisher’s attention has immediately resulted in the issuing of a corrected statement and, when called for, a check covering the difference.

Without naming names, here are some examples of errors we’ve recently found on our clients’ royalty statements:

1. Unpaid royalties of approximately $5,000 because the publisher had applied a $10,000 advance against the author’s earnings when the actual contracted and paid advance had been only $5,000. This means the author had actually earned out—though the statement said otherwise—and was now owed nearly $5,000 in earned royalties.

2. Unpaid royalties of approximately $4,200 because the publisher’s accounting department missed the fact the author’s contract contained a royalties escalator. What’s that? A royalties escalator increases the author’s royalty rate in steps, based on units sold. For instance, a contract might specify that the author will earn 10% for the first 5,000 copies sold, 12.5% for the next 5,000 copies sold, and 15% for all copies sold thereafter. In this case, the author had sold about 12,500 copies of a hardcover edition priced at $16.99, but she had earned only 10% for all of those copies. Not one, but two escalators had been missed.

3. Unpaid royalties of approximately $7,300 because the publisher sold nearly 6,500 copies of a $17.99 hardcover edition at “high discount,” even though Agent Kristin had ensured that the author’s contract limited the number of copies the publisher was allowed to sell at high discount. What does that mean? When publishers sell copies of your book at higher-than-usual discounts, it’s common that the author’s contract will specify that she will earn “one-half the prevailing royalty rate” on those copies. Because Agent Kristin had limited the publisher’s high-discount sales, this author should have earned 12.5% on those particular 6,500 copies, but she earned only 6.25%, and we were able to recover the difference. (By the way, does your agent understand this and negotiate your contract’s high-discount clause in your favor?)

Dear Authors, the only way to protect your assets is to do the math. Join me July 30, from 6:00 pm to 8:30 pm, for my Royalty Statements Auditing Workshop, a live webinar sponsored by Nelson Literary Agency. Hope to see you then!