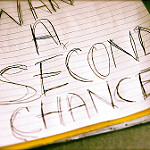 A Digital Love Story of Survivability

The following would have been impossible even seven years ago:

This week I sold the film/tv rights for a memoir that a major publisher took out-of-print in 2013. But because of the indie-publishing revolution, the author had made her memoir available in the digital realm. Because of that, it was discoverable by a major Oscar-winning director and producer who not only took an interest, but also optioned the rights for television.

Sounds like fiction, doesn’t it? Back in 2005, I met Kim Reid at the Pikes Peak Writers Conference in Colorado Springs. Kim had made a pitch appointment, but she pitched me a novel that didn’t sound right for my list. However, in the course of our conversation, I learned about her extraordinary childhood as the daughter of one of the lead detectives who helped solve the Atlanta child murders, committed by Wayne Williams in the seventies and eighties.

I immediately told her, “You need to write that. I could definitely sell it!” So she did, and I signed her as a client. It took sixteen months of dogged determination, and Kim surviving a slew of rejections, but I finally sold No Place Safe in June 2006.

Kensington Publishing did a lovely job with it. Good packaging. Wonderful editing. And then the book was published, and bookstores shelved it, oddly, in African American Studies rather than in biography, where it truly belonged. I can honestly say that the shelving diminished the book’s discoverability, as well as its ability to sell.

Heartbreaking. By 2013, the work was out-of-print, and the rights reverted to Kim.

Luckily, the digital revolution happened. So Kim, in partnership with NLA Digital LLC, indie published the memoir to give it a second chance at life. Director/producer John Ridley found it. Bought a copy. Read and loved it so much that he convinced ABC Studios to buy it for him.

Suddenly, a memoir that would have dropped completely from sight was saved by publishing’s digital transformation. This title now has a ton of exciting new possibilities unfolding.

This is why I love agenting in the digital age. Authors have so many more options available now. And this particular terrific story happened to a very worthy book!