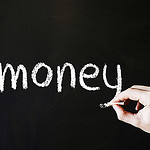 Because Agents Are Human Too – Part 3

This month’s topic is the hardest to quantify, because when an agent offers representation, it will be difficult for a writer to ascertain his or her financial viability. This is often knowledge that doesn’t become apparent until after a business partnership has been established.

Regardless, it’s still worth saying: Good Agents are financially stable as agency entities as well as in their personal lives.

First, let’s discuss why this is important. For those who are new to the publishing industry, keep in mind that money always flows to the author, not away. So, an agent earns her living by being paid a 15% commission (slightly different percentages for foreign and dramatic rights) on advances and royalties for projects sold. In other words, a book is sold to a publisher, the publisher sends a check to the agent, the agent takes her 15% commission based on the gross amount and then passes the other 85% through to the author.

Pretty simple. So why is it important for an agent to be financially stable in both her business life and her personal life? Because you don’t want your agent making fast, split-second decisions about your career, what deals you should accept or not accept, based on the fact that she might really need her 15% commission that month to pay her bills—either for personal debt or for the agency. Same is true when the contract comes in. You don’t really want an agent who will “rush” through a deal-points negotiation or a contract just to get it signed so that she can receive her commission faster.

That’s never going to be in your best interest.

Is it possible to identify the financial stability of an individual agent? In the initial stages of forming a representation partnership, probably not. But here are some thoughts to keep in mind:

*  Does an established agent, in the business for five years or more, still take on a lot of clients? That can be a sign that her current client list does not generate enough money to support her or her agency.

An established, good agent with solid financial stability takes on only select clients in any given year. Agents who need the money often take on a lot of clients so there is more front-end money (advances) coming in rather than back-end monies (revenue generated through royalties). Evaluate an agent’s sales track record and assess how likely the money generated by those sales creates financial viability for the agent.

Are all the deals for small or no advances? Do larger deals that have sold at auction for six figures balance out the smaller deals? Have enough clients on the agent’s list been successful enough to potentially earn back-end royalties to support the agent or agency?

Even when NLA was in its infancy and the budget was tight and small, I was very selective in offering representation. I had a five-year business plan and a business loan to make sure agency expenses were covered as I slowly built up my client list. Good agents don’t jump into agenting on a wing and a prayer. Good agents are savvy entrepreneurs with a plan.

* Does an agent close a deal quickly and then process the contract equally as fast? See my previous Fearless Negotiation article on this topic, as this might be a red flag.

* Does the agent talk about money in oblique or negative ways? There are certain expenses that are just part of being in business as an agent (i.e., paying for one’s own health insurance if an independent contractor under a larger agency umbrella). Does the agent kvetch or consider it a “hardship” to cover these types of expenses? Often that will come out in casual conversation and could be a sign of financial instability.

* Is the agent an independent contractor affiliated with the agency? If so, then that agent has to cover all their own expenses outside of the agency umbrella. Does that agent attend major events like Book Expo or Book Fairs, even when they have to foot the bill themselves? Or does that agent only attend conferences that reimburse travel, hotel, and meal expenses?

* Does the agent balk at footing extra, necessary costs—such as a consultation with an attorney for special situations or issues?

* Does an agent talk with a long-term perspective? Agenting is hard, and lots of new agents come to the business with wide-eyed optimism and then don’t last beyond two or three years. If an agent is committed to the career regardless of the finances associated with it, that will come through in casual conversation.

Keep in mind, this is not a get-rich-quick career. An agent needs to be in for the long haul to make it a success.

General Summary about the Article Series: Just as the title suggests, because agents are also human beings, they are going to embody both good and bad traits found in human nature. No one is perfect. And as some authors have discovered, some agents are more imperfect than others!

Your job as an author is to objectively recognize those human attributes or failings in your agent and decide whether they impact your career. Hopefully they don’t. To this end, Karen Dionne of Backspace and I have put together a whole list of topics to tackle for “Because Agents Are Human Too.”