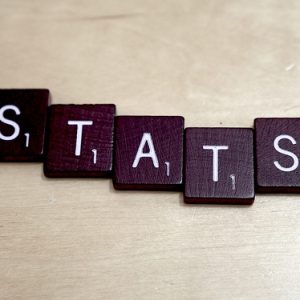 It’s that magic time of year when I tally up the numbers and share Kristin’s Yearly Stats! Apologies for being so slow to get this posted.

3  :  new clients, two of whom sold at auction for six figures. One deal is public, the other is not yet announced. The third client is going on submission next month!

129  :  number of sample pages requested and read (down from 856 last year. See my January Newsletter column Think Like An Agent below to learn why we requested far fewer sample pages this year than we have in years past.)

2  :  number of projects currently on submission

46  :  number of print runs for my longest-selling title, which is Jamie Ford’s HOTEL ON THE CORNER OF BITTER AND SWEET—which originally published in 2009. Twelve for the hardcover version, 34 for the paperback—four of which occurred in 2015! Crazy for a title to still be getting reprints after six years.

3 million+  :  copies in print/sold for my bestselling long-running series this year

2.5 million+  :  copies in print/sold for my bestselling individual title

Millions and Millions  :  ebooks sold for four of my bestselling indie-publishing-only authors. I can’t even track anymore.

Not telling it’s so embarrassing  :  number of eggnog chai lattes consumed during November and December

Lots  :  of late nights reading on my living-room chaise with Chutney