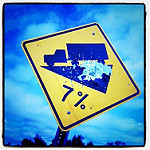 Publishing is a complex business with a lot of moving parts. Every contract is unique, and most errors we find on royalty statements are caused by data-entry mishaps that occur when contract terms are incorrectly keyed into publishers’ accounting systems.

In other words, human error is often the culprit.

So I’m going to give Lerner the benefit of the doubt and assume that such a scenario is currently at play here.

A recap of history for context: In January 2016, news hit the wires that Egmont USA children’s publisher was closing up shop due to its failure to find a buyer.

This created a lot of consternation, as more than 100 titles that were going to be published were now suddenly in limbo and contracts would most likely be canceled.

Good news was just around the corner, though, in the shape of Lerner, who bought out the titles and committed to honoring the contracts. Authors would live happily ever after!

Until their royalty statements arrived.

On the surface, everything looks normal. Royalty rates appear to be the same as they were under Egmont—except for one very crucial difference. Egmont contracts specified that author royalties would be calculated based on list price. But when the Lerner statements arrived, royalties are now being calculated based on net amounts received.

Not the same thing.

So not a big deal. The problem occurs if the number “10” stays the same, but how it was calculated changes.

Here’s why: 10% of net amounts receive is one-half (1/2) the royalty money earned in comparison to 10% of list price.

That’s a significant drop for the author.

It’s pretty easy to see how this might simply be a data-entry mistake. Either way, I feel compelled to alert writers might have been unagented when they signed contracts with Egmont and, thus, probably didn’t catch this accounting error—especially if they are unfamiliar with deciphering royalty statements.

It is also possible that a fair amount of literary agents have also missed it—especially if they haven’t yet audited the Lerner statements.

So former Egmont authors, check your contract, and then check your royalty statements. Make sure you’re getting paid everything you’re contractually owed!