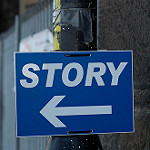 Last month, Angie Hodapp and I co-taught an opening-pages workshop at a day-long education event for Rocky Mountain Fiction Writers. First time ever Angie and I teamed up to hopefully bring wit and wisdom to writers who want to work on craft. We had an absolute blast.

We identified several story openings that usually spell trouble for aspiring writers who are looking for representation. As the participants frantically took notes, I looked at Angie and said, “This would be awesome for our newsletter.” She agreed. Thus, this series of articles was born!

First, a word of caution. Take everything we are going to highlight in this series with a grain of salt. If a writer has mastered craft, he or she can get away with any type of opening and make it work—even one of the nine types we are going to suggest that you avoid! So much depends on a writer’s mastery of voice, style, and scene craft.

Trust me, there is that 1% of writers out there who can break all the rules and make their stories work spectacularly. But do you want to bet that you are among that 1%? That’s quite a gamble! If, however, you think maybe you’re among the other 99% percent, then this series is for you. We read hundreds of sample pages every month, and the nine types of openings we’re going to share with you here don’t work simply because we see them so often that they’re no longer fresh or original. Avoid them, and you automatically increase your chances of standing out in the slush pile! So let’s dive in.

#1) Your novel opens with your main character alone somewhere thinking. Not a very dynamic way to start what might otherwise be an amazing story! Angie and I like to say these openings have fallen prey to one of “The Deadly R’s”:

If your main character is doing any of the above, more than likely you’ve started your novel in the wrong place. How so? The Deadly R’s often signal that you’re starting with one of the following:

To see if your opening pages have fallen prey to The Deadly R’s, imagine that you’re a movie director. It’s your job to capture the first action of your story on screen and make sure it captivates your audience. If your movie-direction of your novel’s first pages requires a narrative voice-over, then you might be in trouble.

A second way to check? Grab a yellow highlighter and highlight every thought your character has on the first three pages of your novel. If you’ve highlighted more lines of text than you haven’t, then you might be in trouble.

Remember: It’s not that your character isn’t allowed to think on your opening pages. It’s that when you replace action or masterful scene craft with the deep thoughts of a character we don’t really know yet, and whose conflict we’re not yet invested in, then you’re most likely dampening our enthusiasm to read on.