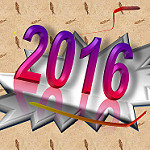 Wowza, did last year fly by! I was just getting used to writing 2016 on documents, and now I have to switch to 2017. In any case, it’s time for our end-of-year stats:

2 new agents at NLA (Joanna MacKenzie and Danielle Burby come on board!)

92 full manuscripts requested and read (up from 87 last year)

2 TV and major motion picture deals (one not announced and yet and the other, sadly, was cancelled half way through the negotiation, much to our dismay)

50 print runs for my longest-selling title, Jamie Ford’s HOTEL ON THE CORNER OF BITTER AND SWEET—which originally published in 2009. Up from 46 just last year. The Energizer Bunny of novels with millions sold!

Millions of units sold of bestselling series, which had a 10th-anniversary edition in 2016—yay Gallagher Girls!

Not telling it’s so embarrassing eggnog chai lattes consumed during November and December (I actually tracked them this year, and that just made me less likely to share the actual number.)

All great days loving my job!

Welcome to the new New Year!