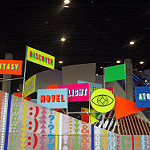 Fantasy Openings To Avoid or To Very Carefully Consider

We had such a blast chatting about the 9 story openings to avoid, we didn’t want the fun to end. So here’s a bonus installment for all you fantasy writers out there!

Your fantasy opening pages might be in trouble if…

#1) Your novel opens with an easily recognizable fantasy genre trope.

Ages ago, Writers Digest asked dozens of agents what story openings they saw too often. Agent Kristin cited the fantasy trope of gathering herbs in the forest. Turns out that’s still a pretty popular opening—and therein lies the potential problem. Why? Because opening with an established trope might make your story feel too familiar or not original enough, and you definitely want an agent read beyond chapter one.

Every genre has its established, easily recognizable tropes, and, technically, there’s nothing wrong with choosing one for your fantasy story’s opening. (In fact, we’re sure readers can cite plenty of examples of established authors who have done it, and done it well.) We’re not arguing that trope-openings (tropenings?) should never be done. We just want to make you aware of a few so that you can very carefully consider whether an easily recognizable opening is the best or most effective opening for your story.

So here’s a handy list of Fantasy Opening Tropes To Carefully Consider:

When can you use a trope? When you are going to put a very cool, original spin on it that will really make it stand out. For example, Patrick Rothfuss opens his bestselling debut, The Name of the Wind, in an inn. But it is not a typical fantasy inn, full of road-weary soldiers or scheming elves or drunk dwarfs or buxom serving wenches. It is an empty inn, and Rothfuss masterfully imbues his opening scene with tons of atmospheric detail that sets the tone for his whole novel:

It was night again. The Waystone Inn lay in silence, and it was a silence of three parts. The most obvious part was a hollow, echoing quiet, made by things that were lacking. If there had been a wind it would have sighed through the trees, set the inn’s sign creaking on its hooks, and brushed the silence down the road like trailing autumn leaves. If there had been a crowd, even a handful of men inside the inn, they would have filled the silence with conversation and laughter, the clatter and clamor one expects from a drinking house during the dark hours of night. If there had been music…but no, of course there was no music. In fact there were none of these things, and so the silence remained.

Note that Rothfuss even nods to the typical inn/tavern fantasy trope, calling out the “conversation and laughter,” the “clatter and clamor.” But by contrasting that familiar “tropey” inn with his own silent inn, he’s basically telling the reader This will not be the typical fantasy you’ve seen a thousand times before. This story is something new and different. And you know what? The rest of the novel delivers on that promise, which makes this a fantasy opening very masterfully crafted.

Gentle reminder about sharing this article series: You are welcome to share this article series as long as (1) it is not-for-profit, (2) you attribute to Kristin Nelson and Angie Hodapp of Nelson Literary Agency, and (3) you link back to our original articles on the Pubrants blog. If you would like to physically reprint any of the articles in a newsletter, magazine, or book, please email query@nelsonagency.com for permission.