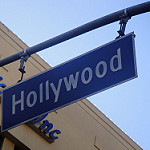 I used to dream about about this town (Supertramp anyone?), but now I just wish I could have a month free from tackling a film or TV contract. And yes, I realize I’m whining about a good problem to have.

This summer I did seven book-to-film deals. (I’d like to clarify here that NLA does not represent screenplays or screenwriters. We only sell the film/TV rights to projects for which we have also sold the print/digital rights to a publishing house. I definitely do not want a stream of screenplay queries after this article goes live.)

Film/TV contracts tend to be 40 to 50 pages long and often require many rounds of negotiation before the contract is final and ready to sign. Studios hate to give in on requests because the biggest issue in Hollywood is that every contract sets precedent for the next—and neither side wants to get stuck with a deal term that will later come back to haunt.

So film/TV deals are quite sexy (for the author), but the time investment for the literary agent is significant. Most literary agents work with a film co-agent to shop and place film/TV rights, but I’ve negotiated and closed deals sans co-agent in conjunction with my entertainment attorney.

All this to say that even if a film co-agent is on board, it is actually the literary agent’s job to negotiate the heck out of the author’s reserved-rights clause in a Hollywood contract. Who better understands the publishing agreement than the original agent who brokered the publishing deal? I speak from experience: there are lots of changes that can be made in a Hollywood contract, and if your agent is not getting significant changes, author beware. You might want to engage an experienced entertainment attorney to act on your behalf during the contract negotiation.

Now let’s chat about the anatomy of a reserved-rights clause in a Hollywood contract. (There’s no way to tackle every aspect of a Hollywood deal in one article, so I see a series in my future!) The first thing that should be included in this clause (which, by the way, spells out which rights the author gets to keep, i.e., which rights are not being granted to the studio upon signing of the contract) is, rather hilariously, a hot-button topic during negotiations. I’m talking about novelization rights.

Think about it. The novel already exists because this is a book-to-film or book-to-TV deal! Yet the studios always try to get the right of novelization to the movie. As we all know, whether we like it or not, a film can vary greatly from the original novel on which it was based.

So just how can a studio novelize a film when the novel already exists, and they, in fact, based their production on that novel?

The answer is simple. They can’t. Novelization must be a right reserved to the author. Some studios literally won’t allow that, so we have to do an odd workaround—we have to “freeze” novelization rights so neither the author nor the studio can pursue. (Side note: this does not impact the original novel the author wrote, as that is already in existence.)

Yep. If you are thinking that is pretty ludicrous, I’m in total agreement with you. But that’s Hollywood.

Next month, I’ll chat about reserving all publishing rights in this important clause and the one publishing right we’ll actually allow as it’s good for the author and the studio.