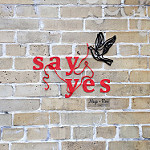 Nabbing A Top Agent Before They Are a Top Agent

Or to give this article a subtitle: 365 Days of Agent Slumber Party

I have to say that 2017 has been absolutely amazing for me. When I took the next step to expand Nelson Literary, I had my work cut out for me. I knew that. I had my sleeves rolled up and was ready to mentor young agents to success. Little did I know how much fun I would have in the process.

In January, Danielle and Joanna came on board and when September hit, Quressa joined the team. Every Tuesday afternoon, the agents of NLA connect to share our own stories about what submissions we are currently reading, what might have an offer of rep that we need to discuss, and what sample pages are causing excitement.

It’s basically been 365 days of an agent slumber party geeking out about writers and sample pages.

We four agents are so simpatico, it’s been a non-stop year of great conversations, giddy excitement when an author said yes and joined NLA, and heartbreak when we didn’t land that client.

Rarely do writers hear that it happens on the agent end as well! We don’t always win the agent beauty contest and trust me, we four felt really bummed when that happened.

In 2017, it held true that a really good project would receive multiple agent offers. I’m not sure if that’s because there are a lot more agents (than there were, say, a decade ago), or if the pool of great projects has shrunk in the last two years. (I prefer to think the reason is that there are more agents so the competition is stiffer).

Some projects we were very keen on had as many as 10 offers of rep on the table. Statistically speaking, we certainly can’t win them all. And if a more established agent offers, well, it’s going to be that much harder for a newer agent to win that representation competition. After all, their reputation and client lists are still building.

But here’s a thought I want to share with writers. There is a good argument for seriously considering the offer from an agent who is earlier in her career. Here’s why:

Wouldn’t it be awesome to nab a top agent before the world knows they are a top agent? In other words, agents who will, 5 or 6 years from now, have so many well-known clients that they will be highly sought after? Agents who in just a few years will have client lists that would be a privilege for you to join? Or to put it another way, wouldn’t it be terrific to be the author who makes the agent’s reputation because of your success?

Heck yeah that would be fantastic. Over the years, I’ve heard back from many a writer who turned me down early in my career before my reputation was solidified. (By the way, I hold no ill will as I completely understand that I was unknown then. It’s a bigger risk than signing with an established agent.) It’s just interesting that years later I will often hear from some of these writers. They’ve sent me lovely notes highlighting that they wish the could turn back time and say yes instead.

And the best way for you, the writer, to be a part of that is to say yes to an offer of rep from them in 2018.

I’m going to make a bold prediction: these three ladies are all going to be considered top agents within the next 5 years. Agents whose client lists you’ll want to be a part of.

And all you writers need to do is say yes when they offer in the new year.