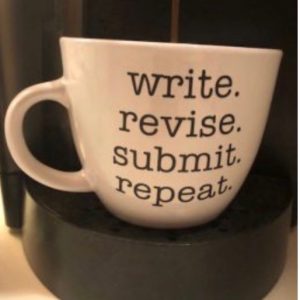 The Power of Persistence

We are in the season of hot chocolate, sweaters, and storytelling late into the night. Because of that, and because this is the last NLA newsletter of 2017, I wanted to share a story of authorly hard work, hope, and, ultimately, perseverance with you. If you have gotten nothing but rejections for your query, or you haven’t landed that agent, or your full manuscript has gotten nothing but passes, DON’T GIVE UP!

I met Jillian Boehme when I landed my first agency job in 2013. I was an assistant and she was my boss’s client. At that time, she had already spent eight years working toward a book contract. She’d written several manuscripts before landing an agent and been on submission to editors at every reputable publishing house with three additional manuscripts that had gotten nothing but passes. In 2007, she had also started a popular (and, at the time, anonymous) writing advice blog called Miss Snark’s First Victim, which boasted many success stories by connecting numerous authors with agents who went on to sell their books. And yet, despite her hard work, despite her industry connections, despite continuing to write and building her platform, despite having an agent, despite her persistence, she could not seem to sell a novel.

The thing about Jill is that she has an unrelenting work ethic mixed with a deep core need to create art. Every time she was knocked down (and it happened many more times than either of us wanted), she shook it off and approached her writing with a renewed sense of determination. When she submitted her fourth novel, a YA sci-fi, my boss and I gave her a massive revision that, among other things, included eliminating a love triangle by changing the gender of a character, throwing away an entire central plot line, and replacing it with an entirely new one. She got the edit letter, took a breath, and pulled it off beautifully, improving the manuscript by miles in the process. Sadly, that book didn’t sell either, but it did do something important. It pushed her to be a better writer.

By the time Jillian wrote her fifth book for submission to publishers, she had switched to YA fantasy, which my boss at the time didn’t represent, but happens to be one of my favorite genres. I was building my own client list and she and I had been working together for almost three years. We had developed a relationship built on trust, jokes, a love of chocolate, and mutual admiration. Neither of us knew for sure whether she’d ever land a book deal, but I had never seen any author work harder, bounce back from rejection more completely, or improve so drastically in skill and technique with each project. She approached her career with a dogged determination and kept trying even when she had every reason to give up. I loved her fifth book; it was the strongest thing she’d ever written. My boss stepped aside, we formalized our agent/author relationship, edited together, pushed it to be even better, and enthusiastically submitted to editors. We got so close. Every rejection was a heartbreaker, glowing and filled with praise. It still didn’t sell.

Now, twelve years in to Jillian’s journey to publication, five years in to my own relationship with her, and six publisher-submitted manuscripts later, all that hope and hard work has finally paid off. In November, we announced a deal with one of NYC’s major publishers. Jillian’s debut YA fantasy, Gathering Storm, sold to the brilliant and insightful Elayne Becker at Tor Teen in a two-book deal and will be published in Summer 2019. It is already generating film interest.

It is my personal philosophy as an agent that I need to be my clients’ biggest fan and cheerleader. We are a team. There were times when Jillian felt discouraged and couldn’t find hope; in those moments, I told her I’d take care of hoping for the both of us. I have read each of her books upwards of five times and we’ve had endless (and wonderful) editorial and strategic conversations. The agent/author relationship is a special one of shared enthusiasm and dedication to art and business. Through each rejection, we looked to the future and strategized about the next step. This was a very meaningful win. When the offer from Elayne came in, Jillian and I both cried a lot of happy tears.

Whether you are querying agents, waiting for that first book deal, or already published and working to climb higher, you can look to Jillian and her journey for inspiration. Remember that rejections are a badge of honor. It means you are in the game; people in the industry are reading your work. No matter how many no’s you get, all you need is one yes. And, most importantly, there is no such thing as overnight success. To move forward in this business (or in any business), you must constantly learn, grow, and improve. Work hard and don’t ever give up. You are reading this because you are a writer; keep writing and keep getting better. The rest will follow.