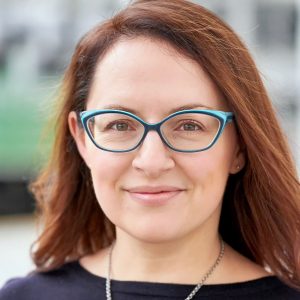 Dispatches from the Trenches: Pitch Wars

It’s my first PitchWars as a featured agent and I did everything I could to get ready. I cleared the decks as much as possible, caught up on queries and submitted manuscripts and was waiting, coffee in hand, at 5 pm last Tuesday when the first requested manuscripts were set to drop in my inbox. An inbox full of professionally mentored manuscripts is like Christmas and your birthday all rolled into one as far as I’m concerned. But I knew it wouldn’t be smooth sailing. There were over 70 agents participating in this year’s ‘Wars, and we were battling it out over 50 Adult projects, 42 Middle-Grade offering, and 83 YA submissions. It was about as close as any of us would get to a IRL version of The Hunger Games.

For those unfamiliar with PitchWars, it an ingenious program that matches unpublished authors with published author mentors who work to hone a manuscript over the course of a few months and then present those projects to a group of invited agents for a first look. Why do agents love it? Simple—if editors are willing to spend more money on manuscripts that have been edited by agents (and we know they do), it stands to reason that manuscript that have been shepherd by published authors and agents will garner ever more attention in the market. As an added bonus, PitchWars classes create amazing groups of cheerleaders and readers for authors, which is a priceless asset on the journey to publication.

That first night of reading was like an agent slumber party over at NLA—we read, we iMessaged, we read some more. I called it quits around 11:30 pm and by the time I hit my desk the next morning, there were already projects with offers of representation out there. I know, right? How did those manuscripts do that, you may be wondering? And how realistic an experience is getting an offer of rep so quickly for a first-time author?

There were a handful of projects that got snapped up right away. These had the magic combination of stellar writing, pitch-perfect positioning, and a great hook/concept. PitchWars mentees know to be prepared for anything, from immediate offers to waiting. So I’ve been thinking a lot about what it was that made these project stand out. Here’s my take on the most successful offerings:

Positioning – The PitchWars madness begins during the agent showcase, where authors present a short pitch and excerpt for featured agents to respond to. The projects that got my attention were the ones that possessed compelling positioning sentences. This can be a mash-up (“Tarzan meets Six of Crows”) or a comp (“Perfect for fans of Liane Moriarty and Gillian Flynn”).

Hook/High Concept – As we’ve previously defined it, a high concept is a new twist on an established narrative trope; something that flips a known idea or story on its ear. The manuscripts that received the most requests contained the “It’s {familiar story line}…but {with a twist}” that got us thinking.

Killer Opening – One chapter. That’s what you have to get our attention. Agents are going to try to feel out as many projects as possible in a short amount of time in a situation like PitchWars. I can’t speak for everyone at NLA, but I was jumping in and out of manuscripts to get a sense of how they measured up. If it wasn’t holding my attention after one chapter, I’d move on. Check out Angie and Kristin’s advice here for opening scenes.

Voice – It’s that elusive thing that’s hard to define, but we all “know it when we see it.” The projects that really grabbed me—from contemporary romance to contemporary YA—were the ones that displayed a confident, consistent voice. Not surprisingly, a number of these were by long-time authors, which just goes to show that voice, like anything else, takes time to evolve.

As the adrenaline rush of running headfirst into PitchWars subsides, I found myself thinking about how strange this process must seem, especially for authors watching from the sidelines. PitchWars offers no guarantees, but it can be a game changer if you approach it with the right mindset. Of course, if you didn’t get into PitchWars, does everything I just said matter at all? Absolutely. I’m jumping back into my query inbox today and I’ll be taking all of these lessons with me.