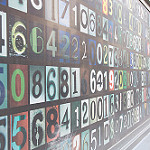 1: Number of NLA Twitter Pitch Parties (and with 3,500+ pitches tweeted our way, our hashtag trended in Twitter’s top 5 that day!).

667: Number of full manuscripts requested and read (up from 87 last year). Wowza! The power of four agents reading!

91: Number of manuscripts we requested that received offers of representation from other agencies.

19: Number of new clients who signed with NLA.

25,000+: Estimated number of queries read and responded to.

54: Number of print runs for Kristin’s longest-selling title, which is Jamie Ford’s HOTEL ON THE CORNER OF BITTER AND SWEET, originally published in 2009. Up from 50 just last year. The Energizer Bunny of novels with millions sold!

Not telling it’s so embarrassing: Number of eggnog chai lattes consumed during November and December. (I actually tracked them this year, and that just made me less likely to share the actual number.)

Lots: of late nights reading on my living-room chaise with Chutney. (That old grand dame just keeps getting more snuggly with every year.)

All: Great days loving my job!

Welcome to the new New Year!