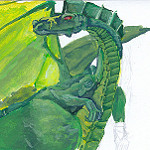 Why I’m So Picky About Fantasy

As someone who not only represents adult and YA/MG SF/F, but also grew-up reading it and continues to read it regularly, I’ve gotten to a place where my standards for these genres are higher than for any other. And, to be clear, science fiction and fantasy are two separate genres. (There are some exceptions.)

In all commercial genres, writers can fall into relying too heavily on tropes. Certainly there are tropes in mystery, thriller, suspense, romance, science fiction, and fantasy and tropes aren’t bad. But relying on them as the only way to tell a certain type of story inhibits a writer’s ability to infuse their story with their own spin on a genre. I want to see stories from writers who aren’t simply bucking trends and tropes, but who are taking a nuanced approach toward them. Nuance is the key for me in so many things.

Relying on some of the more common tropes can make your work feel dated. Below, I look at some of these common tropes and explain what I look for in SFF—namely, innovative, clever, and forward-thinking approaches.

We are all familiar with this trope. The hero is destined by prophesy, blood, or something else pre-ordained to save us all. It’s very Highlander—there can be only one. The problem is that this often takes agency away from the hero. No matter what they want, they either have to do the right thing and save the world or do nothing and let the world go to shit. That’s a lot of weight to put on someone’s shoulders, and the narrative often rests on the internal and external journeys our hero takes.

But what if there isn’t only one? What if there are multiple possibilities, and a story explores the type of person who would decide to act versus the type who would decide not to? What if the prophecy is BS? Or the Chosen One discovers that they aren’t really the chosen one and that things were interpreted wrong? I’m eager to see someone play around with this trope and really go all in subverting it.

This idea and term are so deeply rooted in white supremacy and racism that every time I read it I cringe. It’s a derogatory term that has long been used to diminish BIPOC, and I am not alone in being tired of seeing it in SFF. Part of the issue is real-world historical context. I can speak as a black woman on this although I know other IPOC have their own history with this term. In US history alone, black people were property and seen as not human. The amount of corruption of someone’s blood with blackness was measured in terms. To see this same concept being used in a fantasy story is disturbing, often because it’s used with such laziness—it’s an instant way to throw obstacles in front of a character and establish personal stakes. But they are imposed and not organic to the story.

Not to mention that real-life mixed-race/mixed-heritage people exist, and the idea of “half breeds” so overly simplifies what their individual issues might be.

This is where nuance is key. If you are going to create a character who is part of two races, don’t make that their central struggle. Plenty of people of mixed race/heritage live happy lives with supportive, loving parents and extended family. Don’t make your story about the “good” races—elves, humans, angels—getting mixed with te “bad races—orcs, trolls, demons. Don’t make the world so simplistic and narrow minded. If you want to explore othering, start by thinking through the many different ways the people around you, in this world, are ostracized and how that affects them.

This one is a bit personal. I love the idea of blood magic as a type of magic. But it’s often seen as evil. Why does it have to be bad? Why does any magic system have to be inherently bad? There tends to be a lot of black-and-white, good-and-evil in fantasy. Let’s see what shades of gray look like. Let’s see what blood magic can look like when it’s used for good, evil, and in-between.

Seriously, we live on a whole giant planet with multiple continents of which only two seem to get featured, geographically and culturally speaking, in most SFF. But on all continents, there are many, many cultural POVs. For instance, telling me you’ve written a story with an African setting doesn’t evoke much; a story set in a fantastical version of Morocco will not present the same geography or culture as a story set in a fantastical version of Nigeria. And there is more than Ancient Egypt to take influence from. It is easy to do a pseudo-European setting. Try harder.

In this area I’m particularly looking for #ownvoices. This is a term mostly used on the children’s side, but I think adult publishing is starting to understand what it means as well. Simply put, it means a marginalized author writing about their own marginalization.

This is why I was so excited to see THE POPPY WAR. I read this book on submission as an editor, so I’m not sure how much has changed, but I remember being wowed by the setting, the characters, and the world building.

I will say, I’m eager to find marginalized SFF authors regardless of whether you write about your marginalization or not. This is, again, where nuance matters. A medieval/European/Western setting from a BIPOC author will likely have a POV different from what we’ve already seen so much of in SFF—namely, BIPOC existing in those settings.

POC in the Future

On that note, one SF and post-apocalyptic trope that really bothers me is the lack of POC in the future. There are so many nuanced ideas waiting to be explored just by placing POC in an enhanced future. Give me more nuanced stories that don’t erase POC from history or the future.

I’d love to see more adult SFF in my inbox. Tastes are subjective, but know that I’m on the lookout for nuanced approaches. Below you’ll find some books that I’m currently reading or that are on my to-be-read list:

TRAIL OF LIGHTNING by Rebecca Roanhorse. I am currently reading. This has Indigenous cultural influences and is written by a Indigenous author. I can count on one hand the number of SFF novels I can say that about. Not only do I want to support this writer so that I can get more SFF stories from her, but I also want to see doors opened for other Indigenous SFF writers. This one feels dark, just like I like it, and seems to have a very flawed but fairly kickass heroine—which is something else I’m finding I’m leaning toward. This is a classic role that you tend to see a male protagonist in, so it’s great to see writers focusing on a variety of three-dimensional female perspectives.

THE QUEENS OF INNIS LEAR by Tessa Gratton. To be read. So, three female protagonists, all in the standard roles that are typically filled by male protags. They are sisters. They are fighting for the crown. It sounds like we’ll get three very different strategic approaches to accomplishing this goal. I can’t wait!

THE TIGER’S DAUGHTER by K. Arsenault Rivera. To be read. What intrigues me is that it is an epic fantasy based on Asian mythology and has ladies falling in love.

THE TRAITOR BARU CORMORANT by Seth Dickinson. I am currently reading. It is an interesting take from the perspective of the colonized who want to take down the imperialist from within. Love how assimilation and indoctrination are handled.

THE IMMORTALS by Jordanna Max Brodsky. I’ve read the first book in this trilogy. It is a modern approach to greek mythology. Love the way it centers around a morally ambiguous and pretty brutal female protagonist.

UPROOTED and SPINNING SILVER by Naomi Novik. I’ve read UPROOTED and absolutely loved it!!! Dragons, romance, magic, and a lyrical fairytale/folktale quality. I want to see something like this in my inbox, but from a non-European or non-Western culture. And I’m equally excited to dive into SPINNING SILVER and enjoy more spellbinding storytelling from this author.