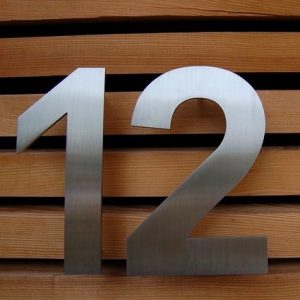 12 Trends in the Query Inbox

In July, I attended the Colorado Writing Workshop. I knew I would be asked about what’s hot or trending. So Angie, Maria, and I put our heads together to create a handy list of what we’re seeing in the query inbox. Let me preface this though:

If your current WIP fits into one of these trends, it doesn’t mean all hope is lost. It just means that you are not alone in playing with these concepts/tropes. It also means that it’s harder to stand out in the query slush pile. That’s just a fact. So you have to work at really spotlighting what makes your novel with these elements special and unique so as to entice the query reader to find out more. Why is this one worth reading over the ten other queries that might have come in the same day with a similar premise?

A tough question, I know! But one worth answering in your query, even if none of the below describes your WIP.

1. The main character is dead or can see dead people. We’re seeing this concept in submissions for both the adult and young adult markets.

2. The main character is trapped in a book, game, or virtual reality. We’re seeing this a lot in adult SF submissions and also some in the YA world.

3. The main character is being sent to live with a relative (aunt, uncle, grandparent), whether for the summer or on a more permanent basis. Lots and lots in middle grade, but also appearing in YA submissions.

4. WWII…still getting tons of queries for WWII stories. Almost all the submissions we’re seeing in this space are for the adult market. For the record, I love stories set in this time period. After all, E.R. Ramzipoor’s THE VENTRILOQUISTS releases in August. Still, it has to be a standout story.

5. Lots of queries for stories set in ancient Rome, or in secondary worlds based on the aesthetic of ancient Rome. Interestingly, we are seeing in both YA and adult market submissions that fit this bill.

6. Lots of villains who are thinly veiled portrayals of our current president. Feels like in every submission we are receiving…but this is cropping up most often in dystopian submissions.

7. Lots of queries featuring pirates. Aye, Mateys! Whether the pirates are fun and whimsical, serious and historical, or speculative (like air-ship pirates or space pirates), we’re seeing pirates galore in middle grade, YA, and adult fantasy.

8. Retellings seem to be slowing down compared to, say, a year ago. But we still see them on a regular basis. Fairy tales, folk tales, classic literature retellings—across all genres for adult and children’s.

9. Teens recruited, conscripted, or otherwise forced to train as assassins, soldiers, spies, etc. I think you guess for which market this is!

10. Teens who must compete in trials or games to save themselves or a loved one, to determine their place in society, or as a means of matchmaking. No extra comment needed here!

11. Main characters who are bullied or abused, or who are survivors of bullying or abuse, and there isn’t another story line to create depth/complexity or to truly drive the plot of the novel. We see most bullying in middle grade, though it shows up in YA submissions as well, while survivor narratives abound in women’s fiction.

12. Post-apocalyptic stories, many of which take place in the aftermath of a plague or virus, or some climate-related catastrophe. Seeing this in the adult and children’s market still.

Happy writing! If you are early into a WIP based on a trending concept, spend some time thinking about whether it’s worth continuing or whether you should tackle a different, more brilliant idea you’ve played with. You might decide it’s better to get cracking on that one instead.