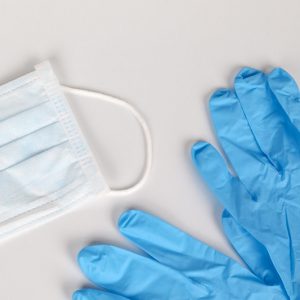 As I type this, it’s a little hard to believe that we’ve been sheltering-in-place for over a month.

In a sign of the times, I taught my 80-year old mother how to use FaceTime on her iPad while also playing Rummikub with me on her computer in a virtual game room (www.playingcards.io). She was definitely motivated. At any other time, I’m not sure I would have convinced her to tackle this level of tech. I imagine all of you have similar stories.

As a company, we’ve been staying sane via virtual NLA happy hours and playing that old 90s party game Taboo, the one where there is a list of five words you’re not allowed to say, so, of course, the minute you read them, those words are all your brain can think about.

Publishing Updates from the US

From the April 16 edition of Publishers Lunch:

NPD Bookscan reported print book sales for the week ending April 11 of 12.47 million units. While that is nicely higher than the previous week, the proper comparison is to the week just before Easter a year ago, since book sales always spike measurably right before the holiday. The comparable week a year ago — ending April 20 — saw sales of 13.97 million units, making this year’s holiday week down over 10.7 percent in comparison.

Per the trend during the pandemic, juvenile books continue to account for most of the week-over-week gains, registering sales of 6.385 million units (compared to 5.21 million units in the previous week). Board books in particular were up 47 percent week over week, at 1.27 million units.

What does it mean for the long view? Too soon to say. I heard on the news this week that the unemployment rate is estimated to reach 20%—the same level as the Great Depression. We are living in interesting times.