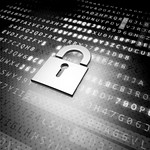 Why an Evolved Query System Is a Good Thing

Back in 2004, NLA was one of the first agencies to go entirely electronic by accepting query letters solely by email. I remember chatting with some agent friends about it, and you would have thought the sky was falling. They were passionately certain they would never go that route because sending an email was way too easy. Agents would be inundated. Only aspiring writers who took the time to compose a letter, print it out, put in in an envelope, address it, affix postage, and then walk or drive it to a post office could be considered serious enough about the biz.

Well, my agent friends weren’t wrong. Email definitely allowed far more query letters—many less than professional—to make it to my desk. But my reasoning at the time was that email was faster and easier, and it would allow me as an agent to get a jump on hot projects. As a new, unknown agent, any edge I could create was worth the risk.

As an agency, we accepted email queries for 13 years, and in January 2019, we decided to shift to a rather amazing service called QueryManager.

If the number of emails we’ve received from outraged writers is any indication, then once again, you’d think the sky was falling. How dare we create even more hoops for a writer to jump through?

For the record, I understand the frustration. The query process is not easy, and sending emails is a lot simpler than filling out and submitting an online form. The good news is, QueryTracker exists! Developed by the same folks who gave us QueryManager, QueryTracker can be used by writers to greatly simplify their submissions process, so give it a look.

For us at NLA, it came down to this: QueryManager is not meant to be a hoop for writers to jump through; it’s meant to be a simplification, for agents and for writers. We are an agency that responds to each and every query letter we receive. That is the kind of agent I want to be because responding is respectful, and I will never post on our site that “no response means we’re not interested,” which feels cold. But with four agents at the agency, it quickly became clear that we needed a better system for handling the sheer volume of queries we were receiving. Not to mention, we were getting a lot of emails from writers saying they never received a response from us, even though a response had been sent, and a lot of phone calls from writers whose queries had bounced back to them. It was taking our office staff a lot of time to troubleshoot with these authors.

Enter QueryManager—a robust tool that has hugely simplified the lives of our office staff and agents. Sorting and filtering queries—by genre, by word count, by several other parameters—is a breeze. Responding promptly is a snap. Our screeners are more efficient. In the end, that means our turn-around time is pretty darn good—something writers greatly appreciate. I personally like logging in and checking my response stats. This actually encourages me to stay on top of my query inbox and feels like personal goals achieved, and who doesn’t like a visual representation of a job well done?

By switching, I truly believe we are providing better service to writers. If a writer’s project doesn’t fit what we’re currently accepting, then there’s no need to send the query. Just diminishing the volume of non-fits has simplified the query influx for us as well.

(Now, if I can just get queriers to stop trying to circumvent the system by selecting a genre that their work clearly doesn’t fit but that is on the list of what we accept, then system would be perfect!)

Good luck out there! Feel free to check out our guidelines and read more about what we’re looking for. Even if NLA ends up passing on your query, hopefully we sent that response in a timely fashion and you are moving on to other great agent possibilities.