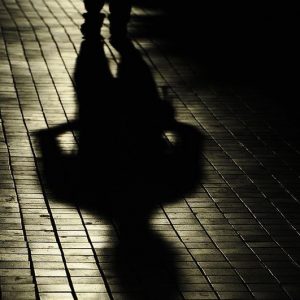 Books That Go Bump in the Night

(Just a note, this article was featured in our October 2019 Newsletter. Some references may not correspond with recent events. To receive our articles first, you can subscribe to our newsletter here.)

Happy October, Friends! This has always been my favorite time of year. I love sweaters and scarves and fall leaves and pumpkin spice. I love the chill in the air…but what I love even more is a good chill down my spine. So horror writers? To celebrate this most wonderful time of the year, this one’s for you: here are three things we at NLA look for in horror submissions.

Literary or upmarket prose. We’re unlikely to request anything that leans too heavily on cheap scares, gratuitous violence, or gore porn. But send us a more cerebral, psychologically challenging work that demonstrates the tense, suspenseful, unsettling, atmospheric slow-burn of masterful horror writing, and you’ll definitely get our attention. Read 100 reviews or blurbs for bestselling horror novels and count how many times the words “tension” and “suspense” are used. So much of a writer’s ability to bring tension and suspense to the page lives in their writing style and voice. In the horror space, we’d love to see the next big crossover project—the one publishers are going to release in hardcover, the one booksellers are going to set out on their front-of-store displays because the writing is so artful it has the potential to capture readers who “don’t read horror” as well as those who do.

Premise. There’s no shortage of gorgeous, voicey prose in the slush pile, but a solid, unique, fresh, high-concept premise? That’s rare. This is where being well-read in your genre is so important. Know what’s already been done and by whom. A query that hits me with a premise I’ve never encountered, one that makes me think how in the world is the writer going to pull that off?—you can bet a query like that is going to get me to read the sample pages. Many a horror premise is often built on a corporeal fear that, when confronted, leads to some sort of psychological disintegration: being buried alive, abducted, trapped, imprisoned, or tortured; being accused of something you’re innocent of; getting lost; being chased; encountering any supernatural beast or force…the list goes on. Plenty of great horror plays on more than one type of fear. But premise can also be built on a real horror, like slavery, say, and then amplified or twisted in some way. Justina Ireland’s Dread Nation explores an alternate post-Civil War world in which slavery has been abolished—but when the dead soldiers rise up off the battlefield as zombies, the new American government forces former slaves to train as zombie fighters, claiming they have a natural immunity to zombie bites (which everyone knows is a lie). So Dread Nation offers us the horror of both a real and an imagined-but-plausible injustice to grapple with, as well as the external threat of zombies. Rather brilliant.

Plot. It’s such a disappointment for an agency reader to get halfway through a manuscript that’s artfully written and that promises a cool, unique premise, only to realize the author is a little lost in the weeds when it comes to plot and structure. Plot is hard, but I firmly believe that anyone who devotes themselves to learning it, can. Start with Story Genius by Lisa Cron and Anatomy of Story by John Truby. For horror specifically, have you honored your contract with your readers by building speculative elements and conflicts that are uniquely creeptastic but that don’t strain their willingness to suspend their disbelief? Have you avoided falling back on deus ex machina? Have you developed complex characters in physical and/or psychological distress—or have you made the threat of that distress terrifyingly palpable for readers?

Prose. Premise. Plot. Any manuscript, regardless of genre, that delivers all three is definitely a manuscript we want to see. Happy Halloween!