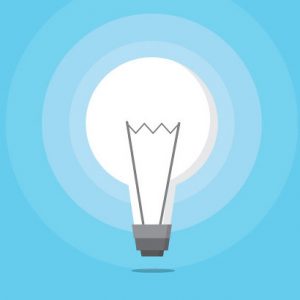 I wanted to chat this month about something that happens quite frequently in fiction (both published and unpublished), something I’ve dubbed “miraculous knowing.” This is when answers or solutions conveniently occur to a character at key plot moments. It tends to manifest thusly:

• They didn’t know how they knew. They just knew.
• She felt it in her bones. This was the place.
• He sensed it deep with his soul, so deep that he was certain beyond a shadow of a doubt that he knew exactly what had happened to the woman.
• I had a bad feeling. I knew I was being watched.

Writers of all stripes use this technique all the time. And you can too! But I’d caution you to use it sparingly. When instinct, intuition, and insight get overused—or used in place of the development of a character’s keen intellect, observation, analysis—it becomes “miraculous.” When a character’s knowing is too miraculous too often, readers disengage and stories fall apart.

Humans are intuitive, instinctive, insightful beings. We’re animals. Our survival drive makes us reactive to vibes others are giving off, to that cold prickle at the backs of our necks, to hunches that danger lurks nearby. We intuit other things as well: when someone is lying, how to perform a task we’ve never done, what’s motivating a loved one’s mood or behavior, and so on. Therefore, it stands to reason that characters in fiction would also experience these types of intuitive moments, right?

Sure. However, in fiction, it’s not quite that simple. The human brain demands a different sort of logic from a story (which has a contained beginning, middle, and end) than it does from reality. When a character “senses” or “just knows” more than one crucial piece of information (maaaaaby two) over the course of a novel, that often signals one of three things: incomplete character development, limp plotting, or false tension.

Incomplete Character Development. If you’re writing in a speculative genre, you need to set up the rules. Does everyone in your world have extrasensory capabilities? Only some? Only one? What are the rules? Limitations? Costs? If you haven’t set up for the reader that your character is capable of heightened intuition (and under which circumstances they can call upon it, and what they’ve gained or lost in their lives as a result of this ability, etc.), then even one episode of miraculous knowing can come off feeling like a cheat.

Limp Plotting. Too much miraculous knowing in your manuscript might mean your plot’s in trouble. Look for opportunities to layer in clues that your character will encounter well ahead of the big plot moment when you need them to Realize The Thing. In other words, give them blue and yellow early on so that when they later see green, the reader buys in. Know that any clues you add in are stimuli that your character must respond to in some way in the moment (even if it’s just to think, “Huh, that’s odd”), which might affect how they decide to proceed, which might alter your plot.

False Tension. When a writer suspects they don’t have enough meaty, plot-driving conflict in their story, they sometimes throw in some miraculous knowing to give the illusion of tension. Here are some examples of false-tension scenarios we see in slush manuscripts:

• “She had a bad feeling about this guy”…but the guy doesn’t end up doing anything bad, affecting the plot, working against her, or even showing up again for the rest of the novel.
• “The hairs on the back of his neck stood on end. It felt like someone was watching him”…but it turns out no one was watching him, or someone was watching him, but the watcher doesn’t have any plot-related reason to have been watching him.
• “They both felt it from the tops of their heads to the soles of their feet: going into that warehouse was a very bad idea”…but it’s never revealed what they think is inside the warehouse, or what they’re worried will happen to them (stakes!) if they enter.

It’s okay for a character to act on instinct, intuition, or flashes of insight. But if they’re saved too often by “suddenly I miraculously Knew The Thing,” that’s too easy. Think of miraculous knowing as an internal deus ex machina. Can you use it? Sure. But, use it sparingly. Avoid using it because you’re rushing to wrap up a particular scene, sequence, or story. And make sure that if you do use it, that there’s a plot-related payoff. In other words, avoid false tension.