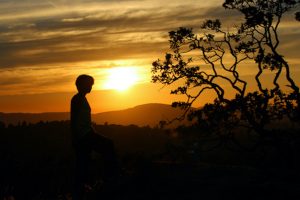 How to Pitch a Character-Driven Novel

When it comes to pitching and querying, it’s hard for writers of introspective, character-driven novels not to feel like writers with action-forward novels have an edge. If you’ve written a quieter story (nary an explosion or shootout in sight), how can you pitch it in such a way that it will pique an agent’s interest?

Focus on arcs. Most successful stories have two arcs: an external arc (what’s happening in the world around your protagonist) and an internal arc (what’s happening inside your protagonist’s head and heart). If your story leans more heavily on its internal arc, remember that arc means change. Ask yourself: (a) what is my character like at the beginning, (b) what is my character like at the end, (c) are those two states different enough that readers will be satisfied that a meaningful change or transformation took place, and (d) what happened in the story to force that change to occur? Try framing your pitch in terms of character change. In addition, the answer to (d) is probably where your external arc lies, and getting your external arc into your pitch, too, will help make it stronger.

Focus on conflict. Conflict is the engine of story. Assuring an agent in your pitch that your character-driven story delivers enough conflict to propel a whole novel from start to finish is key. Remember that motivated conflict is always more compelling than circumstantial conflict. Easy to overlook are pitches for stories that can be summed up “watch as my character struggles to overcome hardship.” Hardship is circumstantial. It’s stuff that could happen to anyone. But motivated conflict is pressed upon your protagonist by at least one other character who has an agenda—and that’s far more engrossing than mere circumstance.

If you do write a “watch as my character struggles to overcome hardship” story, make sure whatever they do is so flagrantly audacious and outside the norm that we readers are fascinated and can’t look away. That’s a conflict-breeds-conflict story, which often features humorous escalation and tends to do well when told in a comedic or darkly comedic tone.

Focus on voice and prose. An introspective story must deliver more than a brooding character sitting alone in a room thinking—that is, it must still be a story. The writing style of a deep-dive-into-character story is just as important as a meaningful arc and propulsive conflict. Your readership isn’t looking for explosions, but they’re looking for something—often to be swept up and away by a book that is a transformative reading experience in and of itself. An upmarket voice or artful, literary prose can step up to the mic in place of a muted external arc. Demonstrate in your query as well as in your sample pages (if an agent so requests) that your voice and prose are capable of sharing the workload of driving a whole novel from start to finish. When readers get the sense they are in the presence of literary mastery, they’ll gladly follow you to your last page…and into your next book, too.